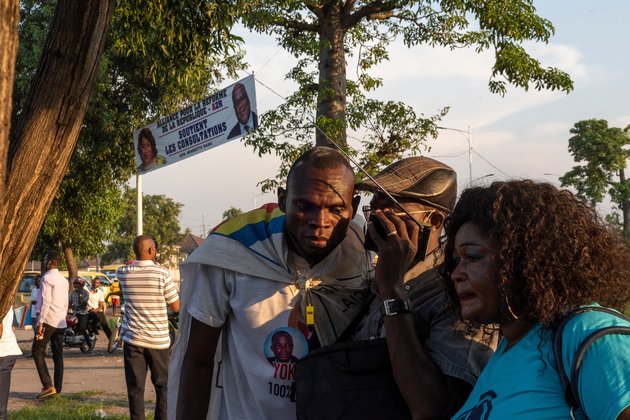 UNITED NATIONS, Dec. 7 (Xinhua) -- The top UN envoy in the Democratic Republic of the Congo (DRC) on Monday voiced concern over political tensions and poor security situation in the country.

"Unfortunately, we are going through a period of heightened political tensions, compounded by persistent disagreements among members of the ruling coalition," Leila Zerrougui, the UN secretary-general's special representative for the DRC, told the Security Council.

Six weeks after suspending the Council of Ministers and announcing the launch of consultations with representatives of political forces and civil society, President Felix Tshisekedi announced on Sunday that he planned to form a new coalition government. If a new coalition is not possible, he would dissolve parliament and call for fresh elections.

In view of the tensions, the UN peacekeeping mission in the DRC met during the course of last month many representatives of the political forces and civil society to encourage them to resolve their differences through dialogue, and to avoid any provocations likely to incite violence, said Zerrougui, who also heads the peacekeeping mission, known as MONUSCO.

"We will continue to use our good offices to facilitate a swift and peaceful resolution of this delicate political situation which could have serious repercussions on the country's economic and security situation," she said.

The current political situation in the DRC is highly volatile. The Security Council can play an important role in encouraging a negotiated resolution of this political crisis, said Zerrougui. "The Democratic Republic of the Congo cannot afford a grave institutional crisis. It needs stable and functional institutions that can get to work as quickly as possible and focus on national economic recovery and stabilization in the eastern part of the country, ahead of the general elections scheduled for 2023."

While armed group activities persist in Djugu and Irumu territories of Ituri, very serious incidents of inter-communal violence and attacks against civilians have once again been recorded in the past month in Beni, Masisi and Rutshuru territories of North Kivu, as well as Uvira, Mwenga and Fizi territories of South Kivu, she said.

Protection of civilians remains a central priority for MONUSCO. Given the deteriorating humanitarian situation in provinces affected by conflict, protecting civilians is also heavily dependent on unimpeded access to those in need, she said.

She strongly condemned recent attacks against humanitarian workers, saying the ability of humanitarian workers to support the Congolese authorities is absolutely essential to relieve the suffering of victims of conflict and is key to ending the Ebola outbreak in Equateur Province.

Protecting civilians also requires closing the space for actors perpetrating atrocities by ensuring accountability for their crimes, she said.