An independent UN expert on Wednesday apologized for wrongly claiming earlier this week that more than 100,000 children were being held in migration-related U.S. detention.

Many international media outlets, including AFP and AP, were forced to retract their stories after it became clear that the expert had mistakenly presented four-year-old cumulative figures as if they were the current total number of migrant children in U.S. detention.

The retractions sparked outcry on social media, with charges from supporters of U.S. President Donald Trump that the stories had been intentionally used to smear the current administration's migration policies.

Addressing a news conference in Geneva on Monday, Manfred Nowak, who leads a U.N. Global Study on Children Deprived of Liberty that was published this week, told journalists during a presentation of the report that the U.S. had among the highest number of children in migration-related detention.

But on Tuesday, he clarified that the figure was drawn from a U.N. refugee agency report citing data from 2015, the latest figure his team could find.

The UN human rights office also issued a statement saying Nowak's comment had been "to some extent misunderstood." The statement claimed the expert was actually referring to data compiled by the UN refugee agency for 2015, during the presidency of Barack Obama. This is before Trump, whose policies on migration have drawn criticism, was elected. 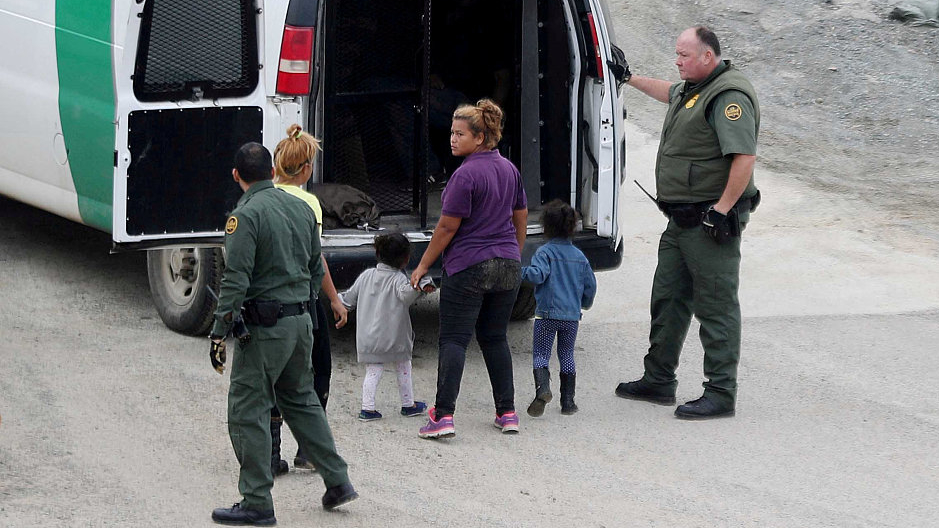 U.S. Customs and Border Protection (CBP) officials detain a migrant woman and children, as part of a caravan of thousands from Central America trying to reach the United States, after they crossed illegally with other migrants from Mexico to the U.S., at International Friendship Park, in San Diego, U.S., December 9, 2018. (Photo: VCG)

"I should have made it clearer that this is an annual data and it is already three years old. There was obviously a misunderstanding and I am also happy to apologize for that... I am sorry for that," Nowak said on Wednesday.

Nowak however maintained that the U.S. is holding far more children than are other countries for which he has reliable figures.

According to official data from the U.S. Customs and Border Patrols, 76,020 unaccompanied children and 473,682 "family units" – which refers to either children or adults arriving with a member of their family – were apprehended at the border between October 2018 and September 2019.

These figures are cumulative and do not reflect how many people are currently in detention.