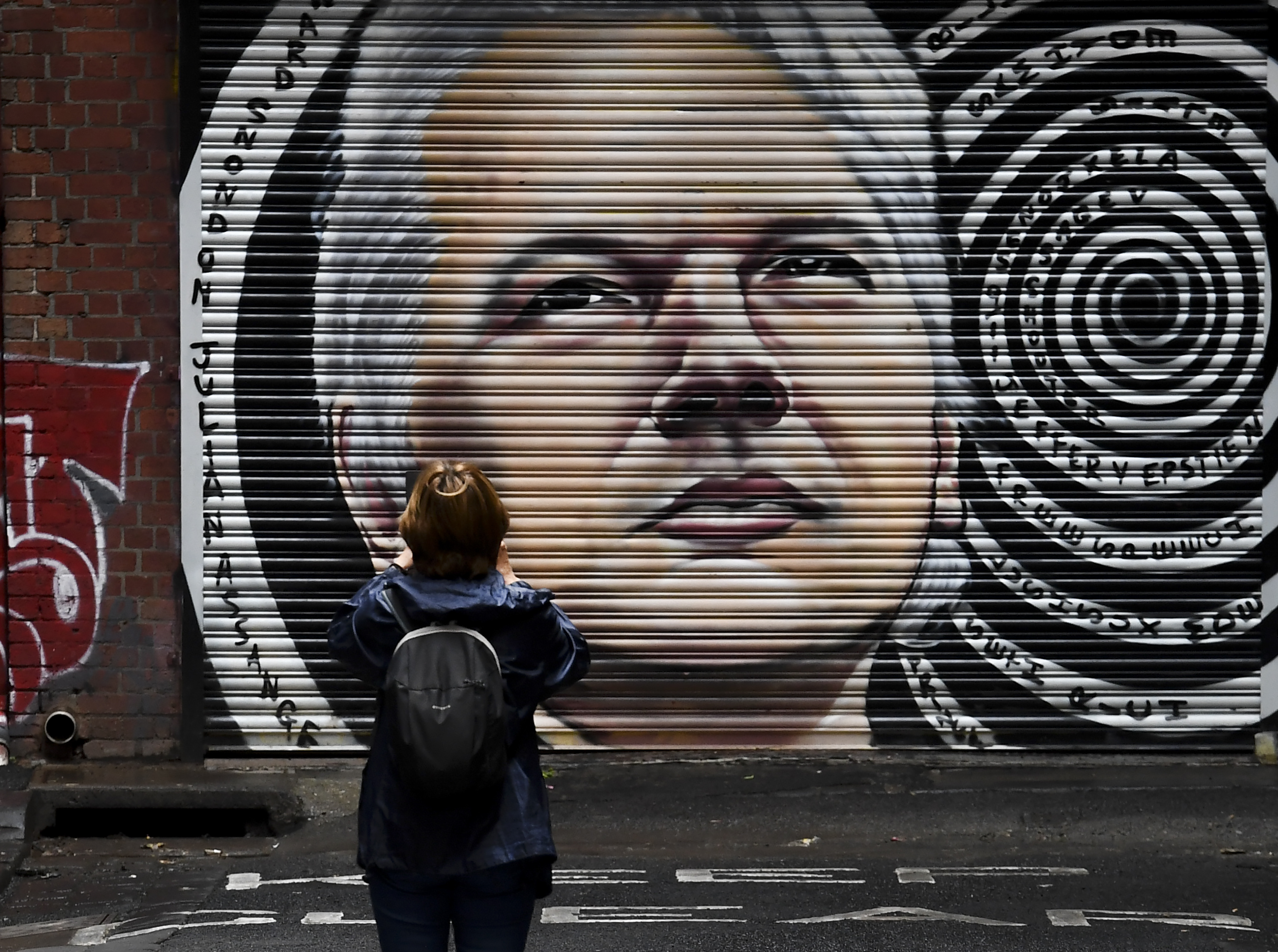 A mural of Australia's Julian Assange is seen in a laneway in Melbourne on January 5, 2021, after a judge in London ruled that the WikiLeaks founder should not be extradited to the US to face espionage charges for publishing hundreds of thousands of classified military and diplomatic documents in 2010. (Photo: AFP)

GENEVA, Jan. 5 (Xinhua) -- The UN Special Rapporteur on Torture Nils Melzer on Tuesday welcomed a British court's refusal to extradite Wikileaks founder Julian Assange to the United States on the ground that he would be exposed to "oppressive" conditions of imprisonment.

"In the United States, Mr. Assange would be exposed to conditions of detention, which are widely recognized to amount to torture or other cruel, inhuman or degrading treatment or punishment," said the expert in a statement issued Tuesday.

Assange is currently being held at Belmarsh Prison in London under a U.S. extradition request for espionage and computer fraud. The Central Criminal Court of England and Wales in London, known as the Old Bailey, ruled on Monday that Assange cannot be extradited to the United States "because of concerns over his mental health."

"If extradited to the United States, he faces a sentence of up to 175 years imprisonment under inhumane conditions of near total isolation," Melzer said.

However, the UN expert said that the judgement on Monday sets an alarming precedent effectively denying investigative journalists the protection of press freedom and paving the way for their prosecution under charges of espionage.

"Hopefully this judgement will put an end to the persecution and imprisonment of Mr. Julian Assange as an individual. But in the big picture it sets a devastating precedent severely undermining press freedom, accountability and the rule of law," the expert said.