New York (People’s Daily) - The United Nations General Assembly officially endorsed the Global Compact for Safe, Orderly and Regular Migration on Wednesday, a non-binding agreement adopted in Marrakech on December 10 by 164 member states and described by UN Secretary-General António Guterres as a “roadmap to prevent suffering and chaos.” 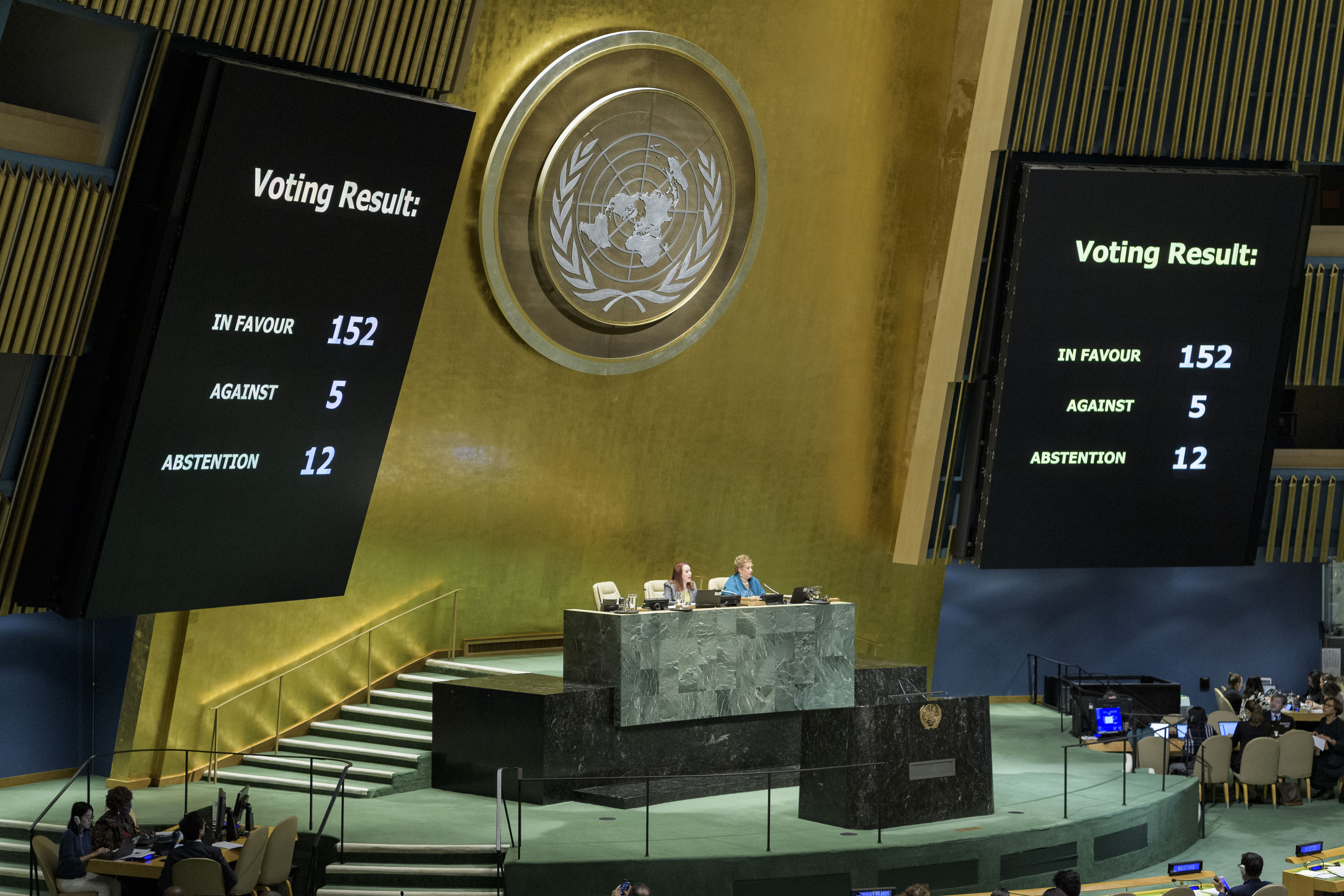 The UN secretary-general explained in a statement released after the vote that the document “reaffirms the foundational principles of our global community, including national sovereignty and universal human rights, while pointing the way toward humane and sensible action to benefit countries of origin, transit and destination as well as migrants themselves.”

Guterres stressed that the compact “calls for greater solidarity with migrants in situations of appalling vulnerability and abuse,” that it “underscores the need to anticipate future trends,” and that it “highlights the imperative of devising more legal pathways for migration.”

Louise Arbour, UN special representative for international migration, who led the conference deliberations over the compact in the Moroccan city of Marrakech last week, said that the formal endorsement “represents a resounding commitment to an international migration framework based on fact, not myth, and to an understanding that national migration policies are best implemented through cooperation not in isolation.”

The document, the first-ever negotiated global framework on a common approach to international migration in all its dimensions, was adopted by the General Assembly with 152 votes in favor, 12 abstentions, and five votes against, namely by the Czech Republic, Hungary, Israel, Poland, and the United States of America. An additional 24 member states were not present to take part in the vote.

Though non-legally binding, the compact is the outcome of a long negotiation process and provides a strong platform for cooperation on migration, drawing on best practice and international law.

In statements explaining their decisions, countries that voted for the document stated often stressed the fact that this document is only a first step and that its realization will be where the work really starts.

The UN secretary-general noted that the United Nations, through the newly established UN Migration Network, stands ready to support member states and all partners "to make migration work for all.”