UNITED NATIONS, Sept. 27 (Xinhua) -- In their general debate speeches at the 77th session of the United Nations General Assembly, leaders and senior representatives from developing countries underscored the importance of development and called on the international community to lend a helping hand to developing countries facing challenges. 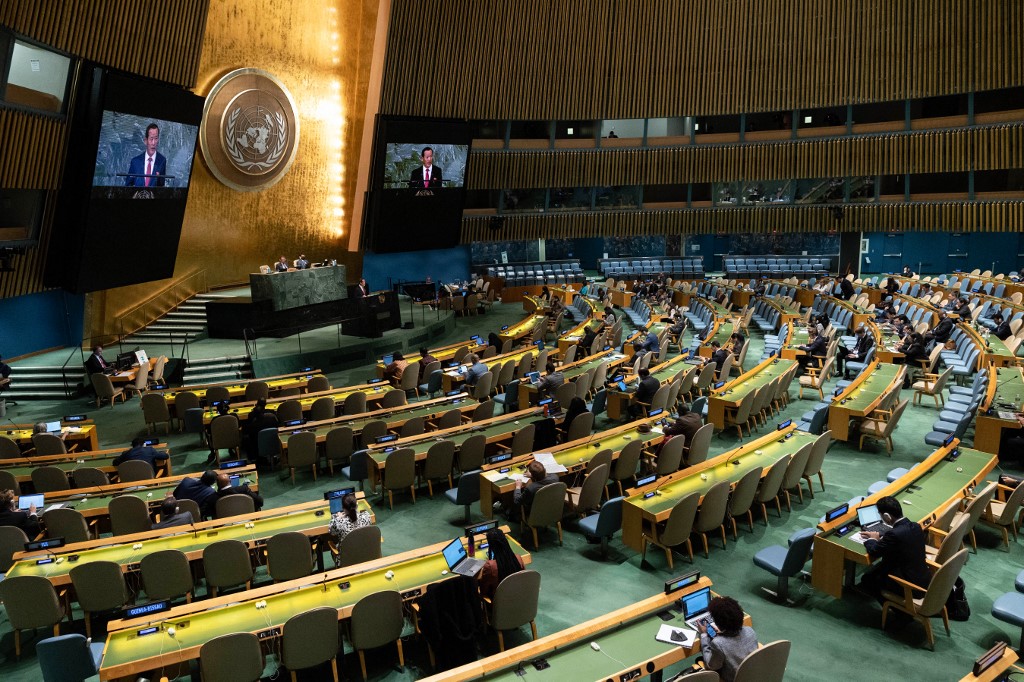 Furthermore, the Global Development Initiative (GDI) proposed by China is hailed as "timely" and a valued contribution to addressing common challenges.

Moroccan Prime Minister Aziz Akhannouch said that Africa is the continent "most affected" by spillovers from the current geopolitical crises, bearing the brunt of increases in food and energy prices, which have undermined sustainable development gains.

President of Central African Republic Faustin-Archange Touadera said his country's development has been slowed by serious security and health crises in recent years, exacerbated by "the persistent lack of international financial support," which has interrupted both agriculture and mining.

Several leaders and senior representatives expressed their commitment to overcoming difficulties and giving priority to development. Meanwhile, they urged the international community, particularly developed economies, to lend a helping hand to developing nations.

Touadera hoped the Extended Credit Facility program, which was suspended by the International Monetary Fund, would be reestablished.

The president outlined further challenges his country faces which could be remedied through regional and international mechanisms. Among them, he cited development of transport, energy, water, education and healthcare infrastructure with financing through public-private partnerships in order to develop a resilient economy "capable of withstanding internal and external shocks through diversification and new technologies."

Deputy Prime Minister and Minister for Foreign Affairs of Ethiopia Demeke Mekonnen Hassen emphasized the importance of implementing the Sustainable Development Goals, while underlining the importance of reforming the global financial architecture to ensure more equitable, speedy and collaborative cooperation based on the needs and potential of least developed countries.

Argentine President Alberto Fernandez noted that the international community "must abandon the economic and financial practices that the developed world has forced on the developing one," as maintaining the status quo will only increase poverty and marginalization.

He added that the international community "must advance a form of development that benefits all," and cooperation is needed to address urgent challenges such as climate change, biodiversity loss and plastic pollution.

He thus called on all states and partners to support the development and adoption of a multidimensional vulnerability index.

The international community has given thumbs-up to the GDI.

Munir Akram, chairperson of the Group of 77 and China, and also Pakistani permanent representative to the UN, said the GDI is "timely" for developing countries struggling with food shortages, climate change, and insufficient financing.