The UN on Monday hailed China's rural development model that has reduced poverty as well as reversed rural urban migration. 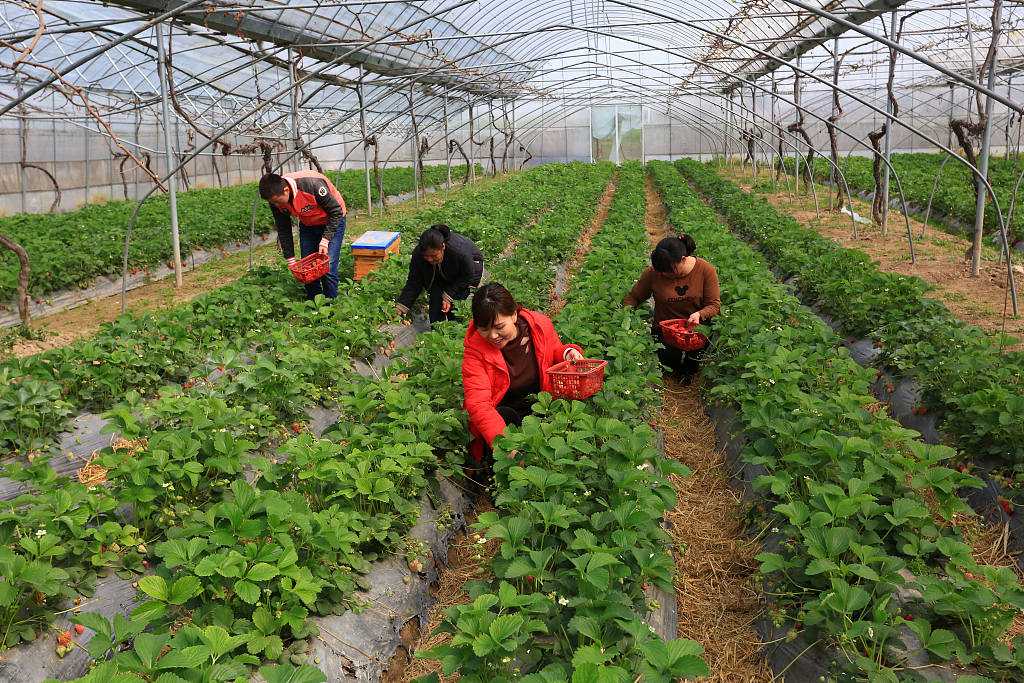 Farmers work in a greenhouse in Huai'an, Jiangsu Province, on March 29. (Photo: VCG)

Remy Sietchiping, head of the regional and metropolitan planning unit at UN-Habitat, told Xinhua in Nairobi on Monday that the development in Songyang County in the southwest of Zhejiang province has transformed the rural area by adopting low cost innovations.

"The rural transformation model has indicated that villages can have a high standard of living," Sietchiping said during the international guidelines on urban and territorial planning and health event at the first UN Habitat Assembly.

Songyang is a mountainous county that has preserved all the practices of agricultural civilization.

Sietchiping said that through value addition of locally available resources, Songyang County has become one of the most livable regions in China.

He noted that farmers in the rural areas have also been linked to global consumers through the use of an e-commerce platform.

The UN-Habitat official noted that life in rural areas is also more desirable in China because it has less pollution and rural residents tend to have more disposable income as compared to their urban counterparts.

He observed that in recent years Songyang has adopted the notions of active protection and organic development, noting that the county aims to alleviate pressure associated with cities by putting in place a number of innovative measures.

Wang said that Songyang county hopes to revitalize the rural economy by implementing ecologically-friendly agriculture and cultural tourism in order to integrate all levels of development.