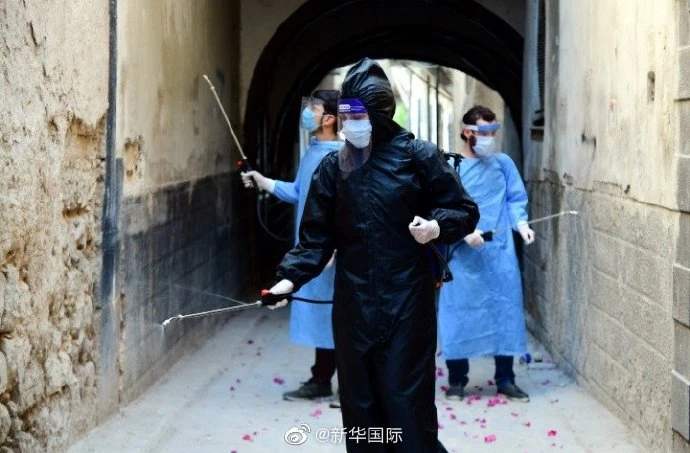 Reports from inside Syria continue to point to a much broader spread of COVID-19 than the number of confirmed cases conveys due to limited testing, he told the Security Council in a briefing.

Syria has 3,618 confirmed cases of COVID-19, he said. "We will not be able to grasp the extent of the outbreak until laboratory testing is increased across the country. We do know that community transmission is widespread as almost 90 percent of newly confirmed cases cannot be traced to a known source. Infection rates among health workers have also been rising."

Syria lacked the health workers it needed even before the pandemic. Supply shortages and temporary shutdowns add even more pressure to the decimated health system, said Lowcock.

On Aug. 27, the first confirmed cases of COVID-19 were reported among residents at the Al Hol and Areesha camps for internally displaced people in the northeast. Five health care workers at one of the field hospitals in Al Hol had tested positive in the previous weeks, he said.

Lowcock also voiced concern over the economic downturn in Syria.

The value of the Syrian pound has remained relatively stable in recent weeks, trading in informal markets at around 2,100 to the U.S. dollar. But food prices remain at the highest level ever recorded, said Lowcock.

Monitoring by the World Food Programme shows the price of a standard reference food basket increased by over 250 percent on last year. Recent data also show the impact of COVID-19 on businesses, with 45 percent temporarily shut down, 25 percent operating at reduced levels, and 15 percent permanently closed, he said.