UNITED NATIONS, Aug. 16 (Xinhua) -- UN humanitarians and their partners continue to deliver relief to more than 17,500 displaced people in Kabul despite challenges from the Afghanistan crisis, a UN spokesman said on Monday. 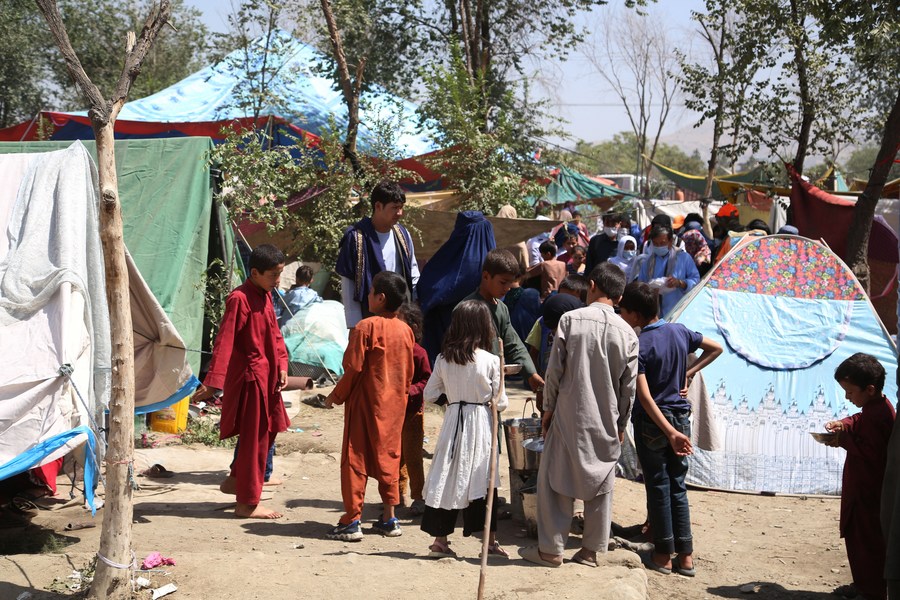 "In the past month, 17,500 people have been identified as newly internally displaced," said Stephane Dujarric, the chief spokesman for UN Secretary-General Antonio Guterres. "Most of the displaced people arriving in recent days are reported to have arrived from Ghazni and Logar provinces."

"Despite immense challenges, humanitarian organizations -- both the UN and nongovernmental organizations -- in Afghanistan are committed to delivering aid and services to millions of people in need while adhering to the humanitarian principles of humanity, neutrality, impartiality and independence," he said.

The UN Office for the Coordination of Humanitarian Affairs said in its latest Flash Update on Afghanistan that assessment teams had to shut down their operations Sunday afternoon "due to uncertainty of the situation in Kabul."

The spokesman noted the secretary-general's report on Children and Armed Conflict in Afghanistan released last week, saying an additional 5,770 boys and girls were killed and maimed in the country between January 2019 and December 2020.

Child casualties for the first half of 2021 constituted the highest numbers of children killed and maimed for this period ever recorded by the United Nations in Afghanistan, a situation compounded in the last few weeks and days, Dujarric said.