WORLD UN leads move to provide virus vaccines for all

UN leads move to provide virus vaccines for all 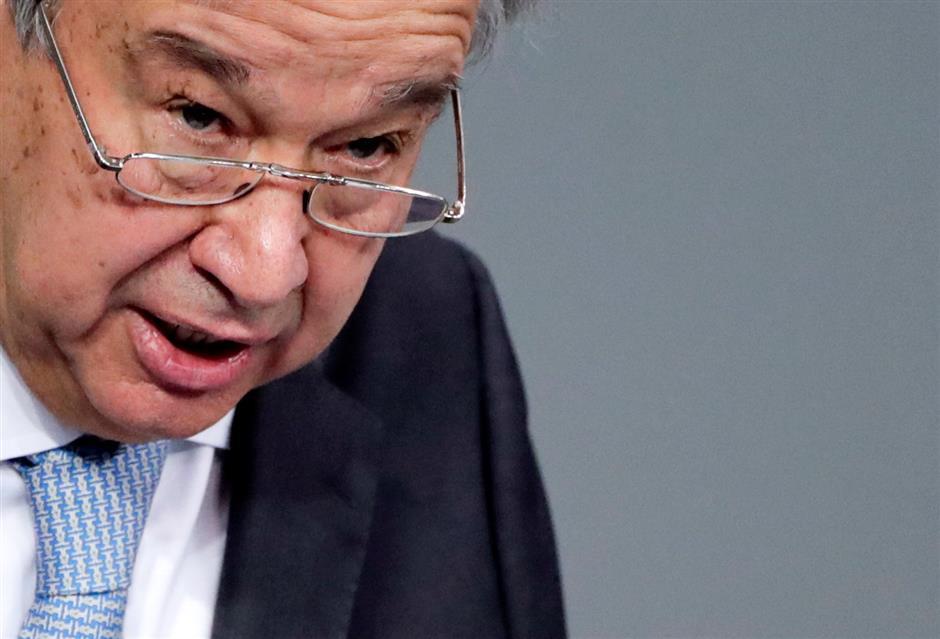 The United Nations on Wednesday led calls for a coordinated global effort to vaccinate against COVID-19, warning that gaping inequities in initial efforts put the whole world at high risk.

Foreign ministers met virtually for a first UN Security Council session on vaccinations called by current chair Britain, which said the world had a “moral duty” to act together against the pandemic that has killed more than 2.4 million people.

UN Secretary-General Antonio Guterres voiced alarm that just 10 nations have administered 75 percent of doses so far and 130 countries have had none at all.

“The world urgently needs a global vaccination plan to bring together all those with the required power, scientific expertise and production and financial capacities,” Guterres said.

He said the Group of 20 major economies was in the best position to set up a task force on financing and implementation of global vaccinations and offered lots of support of the UN.

“If the virus is allowed to spread like wildfire in the Global South, it will mutate again and again.

“This can prolong the pandemic significantly, enabling the virus to come back to plague the Global North.”

Henrietta Fore, head of the UN children’s agency UNICEF, cautioned that the only way to get out of the coronavirus pandemic is to ensure vaccinations are available for people around the world.

Mexican Foreign Minister Marcelo Ebrard denounced the “injustice” of what he called a “deepening gap” as wealthy countries “monopolize the vaccines.”

There is already a plan to help developing nations — COVAX. It is an initiative funded by donors and governments that aims to procure 2 billion vaccine doses in 2021 with options for a further billion.

COVAX will soon be able to start delivery of vaccines after the World Health Organization approved the shot developed by AstraZeneca, on which the initiative is almost entirely reliant in its first wave.

But aid groups say that many people still risk being left out due to a shortfall in COVAX funding to arrange the administration and delicate transportation of vaccines as well as conflicts that make inoculation efforts impossible.

Britain, one of the largest contributors to COVAX with a commitment of 548 million pounds (US$760 million), reiterated a UN call for temporary ceasefires to allow vaccinations, estimating that more than 160 million people were at risk in conflict zones.

Guterres’ appeal came as the European Union struck a deal for up to 300 million more COVID-19 vaccines from US pharma firm Moderna.

European Commission chief Ursula von der Leyen said that while the bloc has 2.6 billion doses on order, which is far more than needed for its 450 million people, excess shots would go to neighboring countries and serve as insurance in case some are less effective against new coronavirus variants.

“This is a new era for us,” said South Africa’s President Cyril Ramaphosa after receiving his jab.