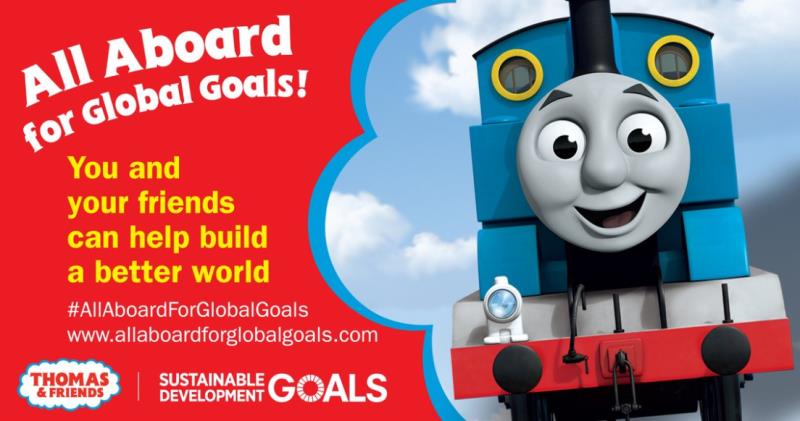 New York (People’s Daily) – The United Nations and Mattel, Inc. announced on Friday they are collaborating on a project that aims to introduce the UN’s Sustainable Development Goals (SDGs) to preschoolers by using characters from the “Thomas & Friends” television show.

Through the collaboration, elements from five of the 17 SDGs are being incorporated into nine episodes of the new season of “Thomas & Friends,” which premieres on Nick Jr. in the US today. Plans for a global roll-out will start in the coming months.

The UN’s 17 Sustainable Development Goals encompass such topics as health, gender equality, and education to fight poverty and inequality while also taking on matters like climate change.

Specifically, the goals represented in the episodes are: #4 Quality Education; #5 Gender Equality; #11 Sustainable Cities and Communities; #12 Responsible Consumption and Production, and #15 Life on Land.

The collaboration will also produce several short-form early childhood education videos, parent tips, and interactive activities available at AllAboardForGlobalGoals.com, which was launched today in English. In addition to the five SDGs already present in the episodes, content featuring SDG #6 Clean Water and Sanitation is also available on the website.

This content is meant to help preschoolers learn more about sustainability and provide their parents with talking points on the subject. 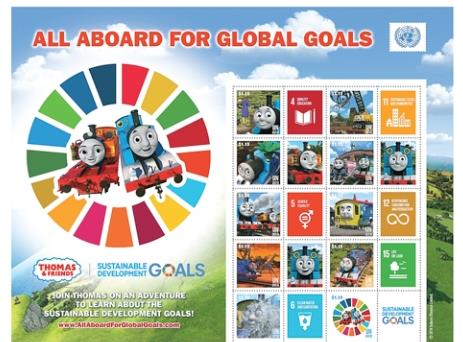 “In our quest to popularize the Sustainable Development Goals and raise awareness about them among all ages, ‘Thomas & Friends’ was a natural fit for younger audiences, as well as their parents and caretakers,” said Maher Nasser, director of the Outreach Division at the UN Department of Public Information. “The SDGs also proved to be the perfect tool for ‘Thomas & Friends’ to teach children the importance of taking part in the global efforts to end poverty, providing girls and boys with the same opportunities, and of course doing so while protecting our planet.”

President and COO of Mattel, Inc. Richard Dickson said, “Thomas & Friends” was a perfect fit for explaining the UN’s Sustainable Development Goals since the show deals with “empathy, collaboration, and friendship.”

“I cannot imagine a more appropriate partnership than Thomas and the United Nations – the most dedicated and purpose-driven people, organizations and brands never go it alone, but recognize the value of collaboration in creating a better world,” Dickson said. “That’s why the UN exists, and that’s been the core lesson of Thomas for over 70 years.”

The collaboration grew out of a series of writers’ workshops that began in January 2017, which was organized by the Outreach Division of the UN Department of Public Information.

Over the past 20 months, UN subject matter experts worked closely with the “Thomas & Friends” production team to develop and finetune the SDG-inspired content, with the support of several UN entities, including the International Fund for Agricultural Development, the UN Children’s Fund, the UN Development Program, the UN Entity for Gender Equality and the Empowerment of Women, and the UN Environment Program.