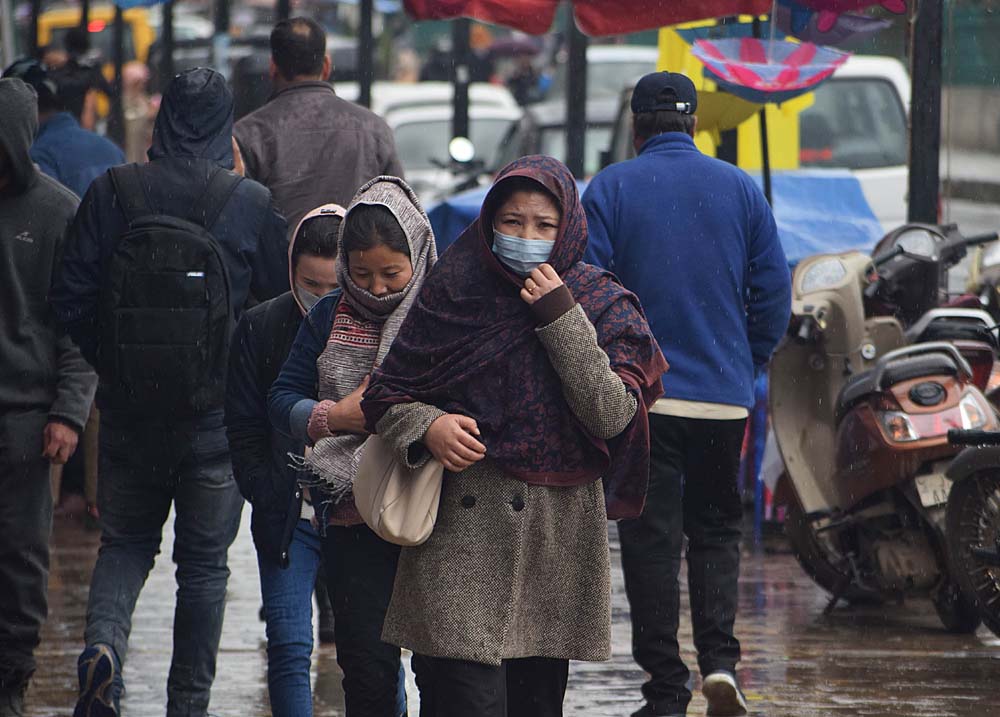 UNITED NATIONS, Oct. 8 (Xinhua) -- Delegates attending the annual debate of the Third Committee of the United Nations General Assembly (UNGA) on Thursday called for "renewed solidarity" in addressing the fallout of the COVID-19 pandemic which has exposed and exacerbated entrenched inequalities.

The representative of Cabo Verde said that COVID-19 "should not be the cause of a new divide" between developed countries, which have the means to mitigate the pandemic, and developing countries, which must cope with limited fiscal space and the shutdown of vital economic sectors.

Expressing "hope for a renewed solidarity," he issued a strong call for a better multilateralism, capable of helping countries to quickly recover, and the reduction of inequalities between and within societies.

It is vital to enforce the rights of children, women, migrants, refugees, indigenous peoples, persons with disabilities, the elderly and young people, he said, stressing the need for universal access to medical supplies and vaccines.

The representative of Nicaragua, speaking on behalf of the Central American Integration System, called for universal distribution of a vaccine, once available, and other health technologies to address COVID-19, at affordable prices. To this end, the role of the World Health Organization (WHO), donor countries and the private sector is fundamental.

Reiterating the group's commitment to promoting women's political participation, as well as equal opportunities for leadership at all levels of government decision-making, he likewise affirmed its commitment to equity, equality and the empowerment of women and girls.

The representative underlined the importance of ensuring that health-care decisions affecting older persons respect their dignity and autonomy, and promote their human rights - including to the highest attainable standard of physical and mental health.

The representative of Mongolia, aligning with the Group of 77 and China, called COVID-19 "the greatest test we have collectively faced."

The representative of Oman said that, since 1970, her country has worked to provide health and education for all people, based on the principle of non-discrimination. This orientation is outlined clearly in Oman's Vision 2020 and 2040, with sustainable development efforts at its core. The vision ensures an integrated system of laws and legislation geared towards protecting women, persons with disabilities, children and other communities, supporting them in ways that foster their participation in all aspects of life, she said, noting that women account for 40 percent of the labor force.

The representative of Italy, associating himself with the European Union, said his country deeply values the role of civil society in reporting human rights violations.

He likewise attached great importance to crime prevention and criminal justice, stressing that Italy is on the front line in the campaign for a universal moratorium on the death penalty and urging states to support the draft resolution to be tabled during the session.

Efforts to recover from the pandemic must include the fullest promotion and protection of women's rights, he stressed, pointing to the Beijing Declaration as well as children's rights, particularly those of girls, who are exposed to intersecting forms of violence, including female genital mutilation and early and forced marriage.

Several delegations took the opportunity to emphasize that the pandemic has exposed and exacerbated existing inequalities, with the representative of Indonesia noting that COVID-19 has revealed the inequalities not only between countries, but between communities within countries.

He pledged to focus on ending violence against children during the pandemic, as well as strengthening women's full and meaningful participation in civil and political life.

In a similar vein, the representative of Eritrea, associating herself with the Group of 77, the African Group and the Non-Aligned Movement, said the pandemic has exposed the fragility of the dominant economic system.

The global economic and political system perpetuates structural inequalities between states and is skewed against developing countries. Its medium- and long-term impact will be most profound in those countries with inadequate social welfare systems.

Looking to the future, the representative of Kazakhstan said that the challenge today is to overcome the pandemic. Her country is joining in solidarity to face a "new normal," working to mitigate the turbulence, learn from mistakes and ensure that any potential vaccine is not politicized, and instead available for all.

Kazakhstan has designated 2020 as the year of volunteers and hopes to designate an International Year to mobilize volunteers.

The UNGA Third Committee, also known as the Social, Humanitarian and Cultural Committee, is one of six main committees of the UNGA. It deals with human rights, humanitarian affairs and social matters.

The Third Committee meets every year in early October and aims to finish its work by the end of November. All 193 UN member states can attend. An important part of the work of the committee focuses on the examination of human rights questions, including reports of the special procedures of the Human Rights Council which was established in 2006.