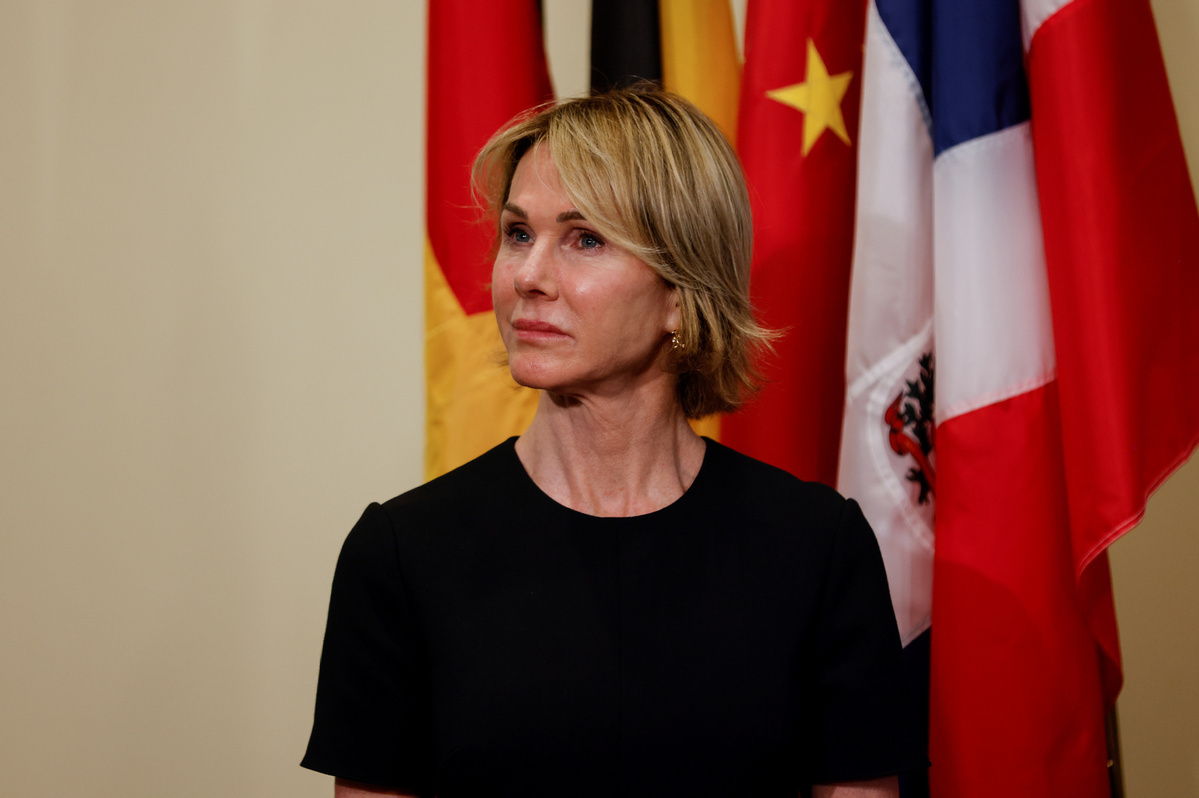 US Ambassador to the United Nations Kelly Craft attends as US Secretary of State Mike Pompeo spoke to reporters in New York, US, Aug 20, 2020. [Photo/Agencies]

A spokesperson for China's Permanent Mission to the United Nations rebutted an American official's remarks against China regarding human rights.

"On December 14, Permanent Representative of the United States to the United Nations Kelly Craft made an unwarranted attack on China's human rights situation, spreading political virus once again, which China resolutely opposes and totally rejects," the spokesperson said in a statement posted Monday night.

The statement was made in response to Craft's speech at The Heritage Foundation, a think tank based in Washington DC, during which she criticized China's election to the UN Human Rights Council in October and called for a reform of the international organ.

The spokesperson said the Chinese government attaches great importance to the promotion and protection of human rights. It has put people at the center and has "remarkable" achievements in human rights development.

"On China's territory of more than 9.6 million square kilometers, there is no fear of war or turbulence, and more than 1.4 billion Chinese people are living in peace, freedom and happiness," the spokesperson said, adding "this is the biggest human rights project and the best human rights practice".

The statement stressed that China has endeavored to promote the establishment of a just and reasonable international human rights system and made important contributions to the global human rights cause.

"China's election to the Human Rights Council five times fully demonstrates the international community's recognition of China's human right achievements and its contribution to international exchanges and cooperation on human rights," it said.

The spokesperson called Craft's remarks a reflection of "the nature of lying and cheating of a few American politicians", saying that her acts failed to cover up the serious problems faced by the United States itself.

"The United States that has turned a blind eye to scientific advice and sidelined its medical experts, making itself, the country with the most advanced medical technology, the worst hit by the pandemic," the spokesperson added.

"The United States has terrible records of racial discrimination, proliferation of guns, and the violation of the rights of immigrant children. The American people are crying out in pain 'I can't breathe,'" the spokesperson continued.

China urges the US to abandon its Cold War mentality and ideological bias, to stop spreading political virus, stop using human rights to interfere in other countries' internal affairs, and stop making troubles for the world, the statement went on to say.