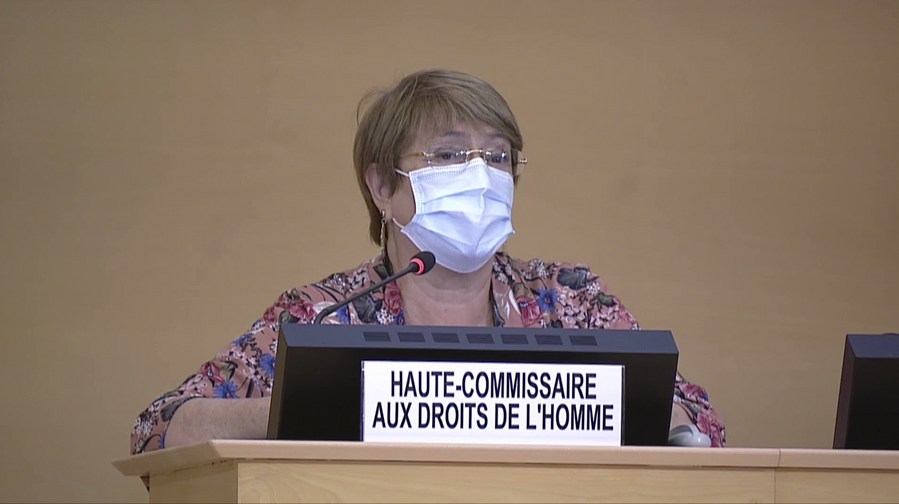 The U.S. Supreme Court on Friday overturned Roe v. Wade, a landmark decision that established a constitutional right to abortion in the nation nearly 50 years ago.

"Access to safe, legal and effective abortion is firmly rooted in international human right law and is at the core of women and girls' autonomy and ability to make their own choices about their bodies and lives, free of discrimination, violence and coercion," Bachelet said in a media statement.

"This decision strips such autonomy from millions of women in the U.S., in particular those with low incomes and those belonging to racial and ethnic minorities, to the detriment of their fundamental rights," she added.

According to the UN, more than 50 countries with previously restrictive laws have liberalized their abortion legislation over the past 25 years.

"With today's ruling, the U.S. is regrettably moving away from this progressive trend," the UN rights chief stressed.

A group of UN human rights experts on Friday also issued a joint statement, describing the U.S. Supreme Court decision as a shocking and dangerous rollback of human rights that will jeopardize women's health and lives.

"What has happened in the United States today is a monumental setback for the rule of law and for gender equality," the experts, including members of the UN Working Group on discrimination against women and girls and a number of UN Special Rapporteurs, said in the joint statement.

"The intimidation and stigma that will be faced by pregnant women and girls in need of safe abortion services and abortion providers will create a nightmare scenario for those dealing with the uncertainty and trauma of an unplanned pregnancy," they stated.

Friday's ruling came after the U.S. Supreme Court had considered an appeal case involving a Mississippi law banning all abortions over 15 weeks gestational age except in certain circumstances.

With the ruling, more than two dozen states in the United States -- primarily in the south and midwest -- are expected to tighten abortion access.