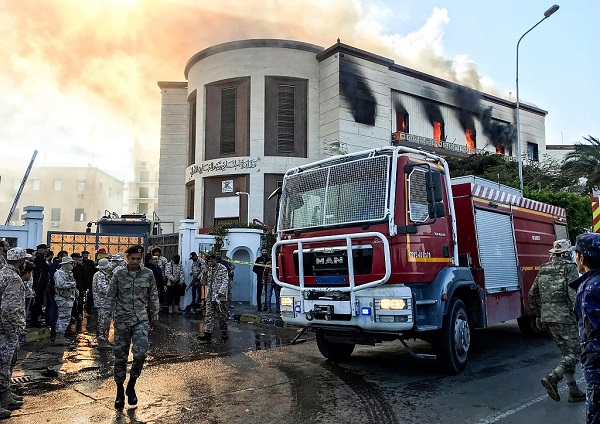 A picture taken on December 25, 2018 shows a firetruck and security officers at the scene of an attack outside the Libyan foreign ministry headquarters in the capital Tripoli. (Photo: VCG)

International community's support for the implementation of the capital's security arrangements and the ministry's new vision for the security were the focus of discussions between the two officials, said the UN Support Mission in Libya.

The security arrangements, which focus on forming joint police and armed forces to secure Tripoli, were adopted by the government in September when violence broke out in the city between the government forces and armed groups.

On Sept. 12 last year, UN Special Envoy to Libya Ghassan Salame announced the start of the implementation of the arrangements.