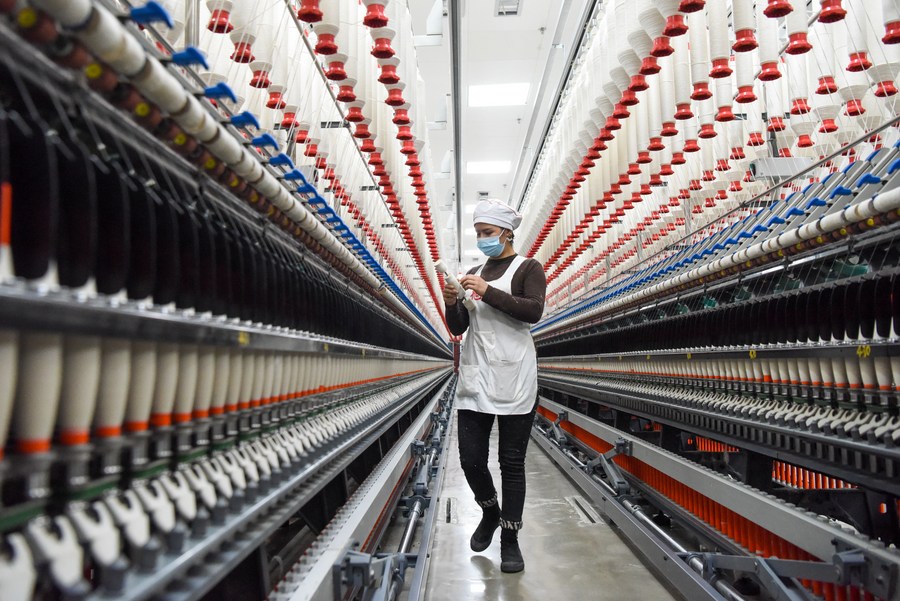 In open letter, NGOs expect Bachelet to share what she saw, heard in Xinjiang

About 1,000 nongovernmental organizations from China and abroad recently signed an open letter, urging United Nations High Commissioner for Human Rights Michelle Bachelet to refuse to approve her office's release of a so-called assessment on the Xinjiang Uygur autonomous region, which the letter said is "full of lies".

In the letter dated July 15 and made public on Tuesday, the organizations expressed their serious concerns over the pressure that Bachelet has received from anti-China forces to approve the release of the assessment.

"Against the objective facts" and "completely untrue", the assessment is based on false accusations fabricated by those forces and false testimony given by overseas anti-China separatists, and it echoes lies about Xinjiang, the organizations said in the letter.

Once released, the assessment would be a political tool for certain countries to interfere in China's internal affairs and contain the country's development under the pretext of human rights, according to the letter.

The release also would damage the credibility of Bachelet and the Office of the UN High Commissioner for Human Rights, undermine developing countries' confidence in constructive cooperation with the office, and hurt the feelings of all 1.4 billion Chinese people, including the 25 million in Xinjiang, the signatories said.

"We are strongly opposed to the release of such an unreasonable, unauthorized and untruthful assessment," the letter read.

Bachelet visited China from May 23 to 28, during which time she met with President Xi Jinping via video link, met with State Councilor and Foreign Minister Wang Yi in Guangzhou, Guangdong province, and had talks with other senior Chinese officials.

During her stay in Xinjiang as part of the visit, Bachelet had field trips to Kashgar and Urumqi, where she talked with people, including ethnic minority group members and academics.

"We believe that you saw with your own eyes that Xinjiang has enjoyed sustained economic development, social stability, improvement of people's livelihood, cultural prosperity and religious harmony," the letter's signatories said, recalling extensive exchanges the high commissioner had during her visit to China.

"You gained a good knowledge of the fact and truth that people of all ethnic groups in Xinjiang enjoy various forms of human rights in accordance with law," they also said.

Calling on Bachelet and the Office of the UN High Commissioner for Human Rights to respect the authoritative information provided by UN member states, the signatories said that they expect her to draw a conclusion based on facts and present what she saw and heard in Xinjiang to the world in an objective and fair manner.