UN official urges donors to scale up aid for Gaza

UNITED NATIONS, Aug. 22 (Xinhua) -- A senior United Nations official on Wednesday urged international donors to boost their aid deliveries to the Gaza Strip while warning that fuel and medicine supplies in the region "are quickly running out." 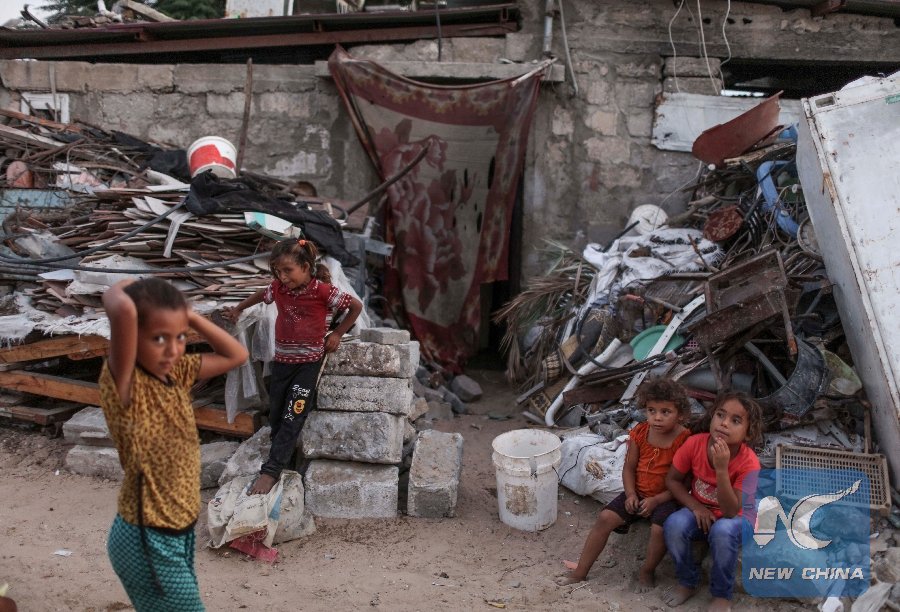 Palestinian refugee children play outside their houses at Khan Younis refugee camp in southern Gaza Strip, on Aug. 8, 2017. About 2 million people reside in the Gaza Strip, where over 1.2 million refugees are registered. (Photo: Xinhua)

Calling on Israelis and Palestinians to "cease provocation and exercise maximum restraint," Rosemary DiCarlo, UN Under-Secretary-General for Political Affairs, expressed concern for the recent spate of violence and several rounds of hostility in the region, particularly citing Hamas' firing of missiles into Israel, and Israel's targeting of protestors in the Gaza Strip.

Israel has resulted in the death of 13 Palestinian civilians in recent months, she said during her briefing to the Security Council meeting on the situation in the Middle East, including the Palestinian question.

While Israel has a duty to protect its civilians, it "must exercise refrain," DiCarlo said, adding that "children should never be targeted in any way."

She also urged Hamas to provide full information on Israelis held in Gaza.

While welcoming various developments regarding the lifting of blockades and closures on Gaza, she stressed the need to ensure the timely delivery of aid to people in need. "As we work towards the full lifting of the closing on Gaza...I call on urgently needed supplies to reach the Strip," she noted.

Urging donors and international organizations to increase their allocation of funds to Gaza, DiCarlo expressed support for the assistance and aid programs spearheaded by the World Bank and the United Nations Development Programme (UNDP), many of which are focused on providing decent employment opportunities for women.

DiCarlo also reiterated the secretary-general's warning of the humanitarian consequences resulting from failing to address the funding shortfall of the United Nations Relief and Works Agency for Palestine Refugees in the Near East (UNRWA).

She further noted the UN long stated position that "all settlements are illegal under international law and must cease," urging Israel to cease the demolition of Bedouin properties as part of an effort to displace them.