UNITED NATIONS, Aug. 23 (Xinhua) -- Senior United Nations officials on Monday expressed their concerns over the situation in Yemen, while calling on the international community to help and parties concerned to protect civilians, and children in particular in the war-torn country. 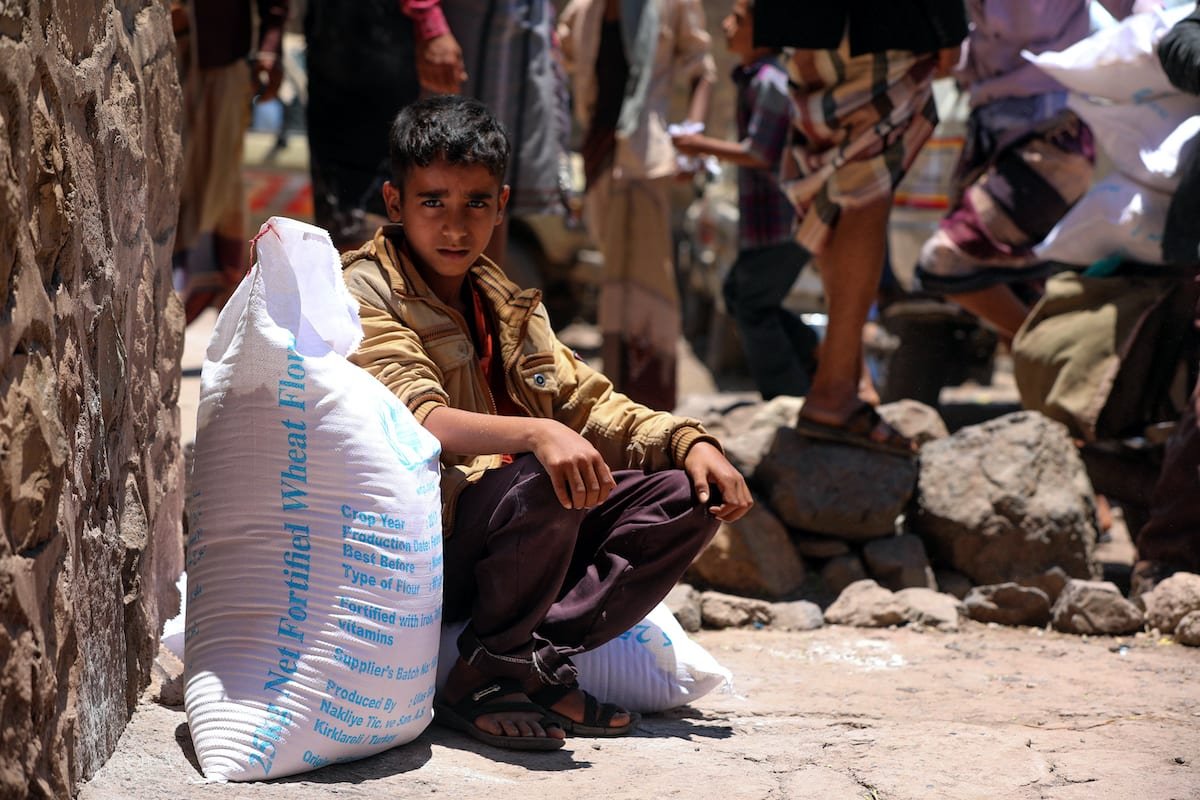 Noting that six years of war "overshadows everything" in the Western Asian country, UN humanitarian chief Martin Griffith told the Security Council meeting on Yemen that the war "grinds on," including the devastating Ansar Allah offensive in Marib and clashes along nearly 50 other frontlines.

"Hostilities this year have so far reportedly killed or injured more than 1,200 civilians," he added.

Khaled Mohamed Khiari, assistant secretary-general for political and peacebuilding affairs, expressed his concern over the political situation in the country.

"Unfortunately, since the last Council session on Yemen there has been no further progress" in the UN's ongoing efforts to reach an agreement based on the four-point plan presented to the parties, which is comprised of: a nationwide ceasefire, the re-opening of Sanaa airport, the easing of restrictions on the flow of fuel and other commodities through Hodeidah port, and the resumption of face-to-face political negotiations between the Yemeni parties, he said.

"More than six years ago, adults started a war in Yemen. They did so despite knowing the terrible toll that violent conflict exacts on children," Henrietta Fore, executive director of UN Children's Fund (UNICEF), told the same meeting.

"The war in Yemen, now in its seventh year, has created the largest humanitarian crisis in the world -one made worse by the public health and socioeconomic consequences of the COVID-19 pandemic," said the UNICEF chief.

Noting that the Yemen response plan, the annual humanitarian program, is 50 percent funded and has received more money than any other appeal in the world, Griffith, the former UN envoy on Yemen is asking donors to increase their contributions to ensure funds are adequately distributed across the different sectors.

Khiari called on all parties to prioritize civilian needs and abstain from weaponizing the economy, particularly in light of the critical humanitarian situation in the country.

Fore urged parties "to make every possible effort to keep children safe and abide by their legal obligations to keep them out of the line of fire."

"I want to emphasize that respecting and protecting education, including schools, students and teachers is of the utmost importance for Yemeni children and youth. We remain gravely concerned about the severity and frequency of threats and attacks against education and the use of schools for military purposes," said the UNICEF chief.