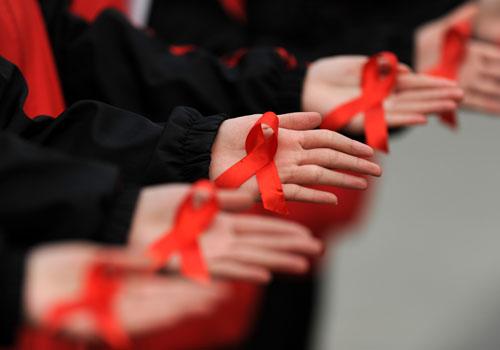 BEIJING, June 22 (Xinhua) -- With its strong leadership, innovation and partnership, China has made huge progress in fighting AIDS, UNAIDS executive director Michel Sidibe said during his visit to China.

As an advocate of the vision of zero new HIV infections, zero discrimination and zero AIDS-related deaths, Sidibe hailed China's efforts in boosting the accessibility of anti-AIDS drugs and medical treatment in recent years at his meeting with China's UNAIDS branch and partners Wednesday.

China recorded a total of 747,000 people with HIV by September 2017 and around 542,000 HIV-positive people had received medical treatment by the end of June, according to the National Center for AIDS/STD Control and Prevention.

"China's effort in fighting AIDS is exceptional, given its huge population base," UNAIDS country director and representative to China Amakobe Sande said. "What impresses me most is that when China commits, it delivers."

To build a "healthy China," China has launched national AIDS campaigns in recent years. By the end of 2017, China had almost stopped HIV spread through blood transfusion and effectively controlled infection through hypodermic needles and from mother to child during pregnancy.