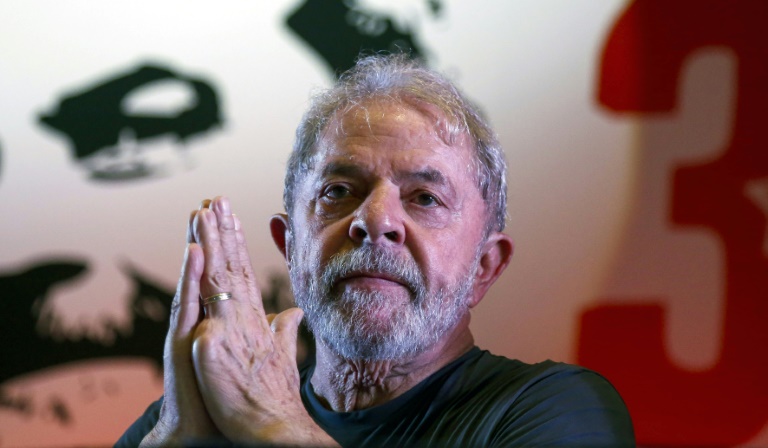 Lula, currently serving a 12-year sentence over corruption, asked the committee to impose so-called "interim measures" -- a step the UN panel only takes when there is evidence an accused person is facing grave, irreparable harm.

Lula's appeal for the extraordinary measures, made ahead of his incarceration last month, was filed as an addition to his broader case against Brazil over the circumstances of his graft conviction.

In 2016, the leftist politician asked the UN rights committee to study whether his rights had been violated as authorities investigated a corruption scheme during his two terms in office, which ran from 2003 to 2010.

Gronnevet noted that while the committee rejected the interim measures bid, it had not taken a decision regarding the substance of Lula's larger case.

That process is expected to take at least another year.

The Human Rights Committee is charged with monitoring violations of the International Covenant on Civil and Political Rights.

The interim measures requested by Lula would be applied if, for example, the committee believed an accused was at risk of being tortured or was facing an imminent execution.

Lula's UN petition is being handled by the London-based human rights lawyer Geoffrey Robertson. His firm was not immediately available to comment on the ruling.

Polls show that Lula, whose tenure included a commodities-fuelled economic boom and major programmes to lift millions of Brazilians from extreme poverty, remains a frontrunner for national October polls.

But his jailing will almost certainly prevent him from winning the vote.

Lula lashed out over his imprisonment last week, claiming to have been the victim of a "farce".