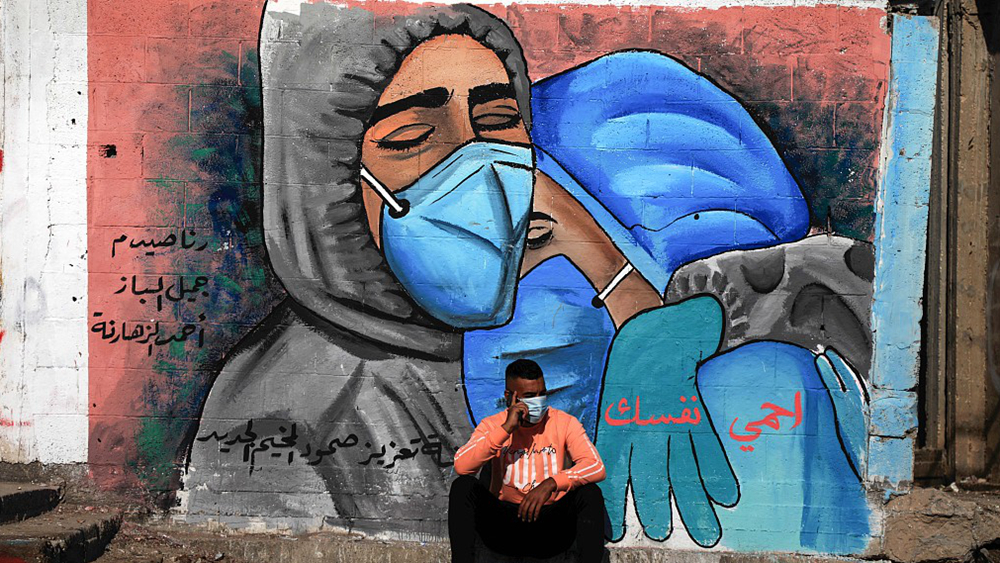 A mural showing doctors mask-clad due to the coronavirus pandemic, in the Nusseirat refugee camp in central Gaza Strip, November 16, 2020. (Photo: CFP)

In a briefing to the Security Council, Mladenov said that Gaza remains the most pressing concern as the territory is ill-equipped to face a major spike in COVID-19 cases due to poor living conditions and a fragile healthcare system.

He warned that any major outbreak of the disease would have a catastrophic impact on the two million Palestinians living there that are already affected by severe movement and access restrictions, cycles of violent escalation, and years of a humanitarian crisis.

"For these reasons, I welcome the Palestinian Authority's decision to restart civilian and security coordination with Israel. I express my appreciation to Israel for confirming that existing bilateral agreements continue to govern relations between both parties, particularly in the context of economic, security and civilian affairs," Mladenov said.

The envoy thanked all those who helped bring about this development, noting that it took months of hard work.

"I have previously expressed hope that recognition of the interdependence of Israelis and Palestinians could, with political will and leadership, translate into tangible progress towards a resolution of the conflict. Both sides should understand the importance of respecting the validity and continuing force of the framework that they have agreed to govern their relations," he added. 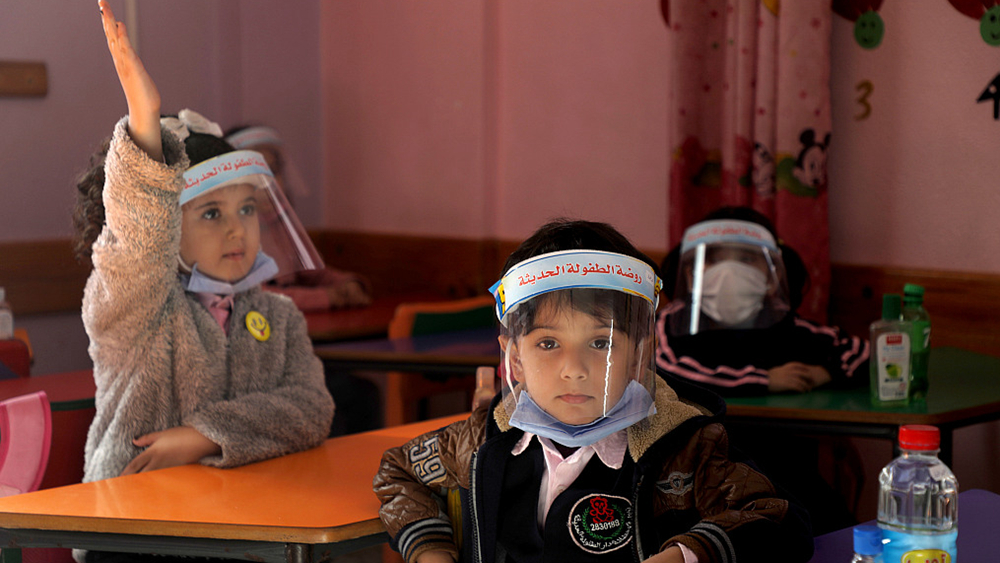 Palestinian schoolchildren clad in masks and face-shields due to the COVID-19 pandemic, in Gaza City, November 18, 2020. (Photo: CFP)

Mladenov reported that the UN and its partners continue to provide critical humanitarian development aid to Gaza, as unemployment and hunger have soared during the pandemic.

Roughly 121,000 Palestinians have lost their jobs, while some 40 percent of all households have seen their incomes drop by more than half.

Assistance provided by the UN and partners has included the delivery of nearly 85,000 COVID-19 tests, advanced laboratory equipment, ventilators, monitors and other items.

Mladenov also expressed concern that the restart of coordination will bring an end to temporary measures brokered by the UN which have facilitated the transfer of patients out of Gaza and allowed for humanitarian supplies to be imported into the territory.

The envoy also addressed the need to re-examine the economic relationship between the Israeli and Palestinian authorities, as highlighted by the UN secretary-general.

"All sides can take immediate steps to facilitate the movement of goods in and out of Gaza and to allow trade to increase between the Gaza Strip, Israel and the occupied West Bank," he said.