WORLD UN postpones climate summit in Glasgow due to pandemic

UN postpones climate summit in Glasgow due to pandemic

A vital climate summit that offered the world a chance to address the pressing problem of global warming will not happen as planned, because of the novel coronavirus pandemic.

The United Nations gathering, which was set to begin on Nov 9 in the Scottish city of Glasgow, is now tentatively slated for the first half of next year. 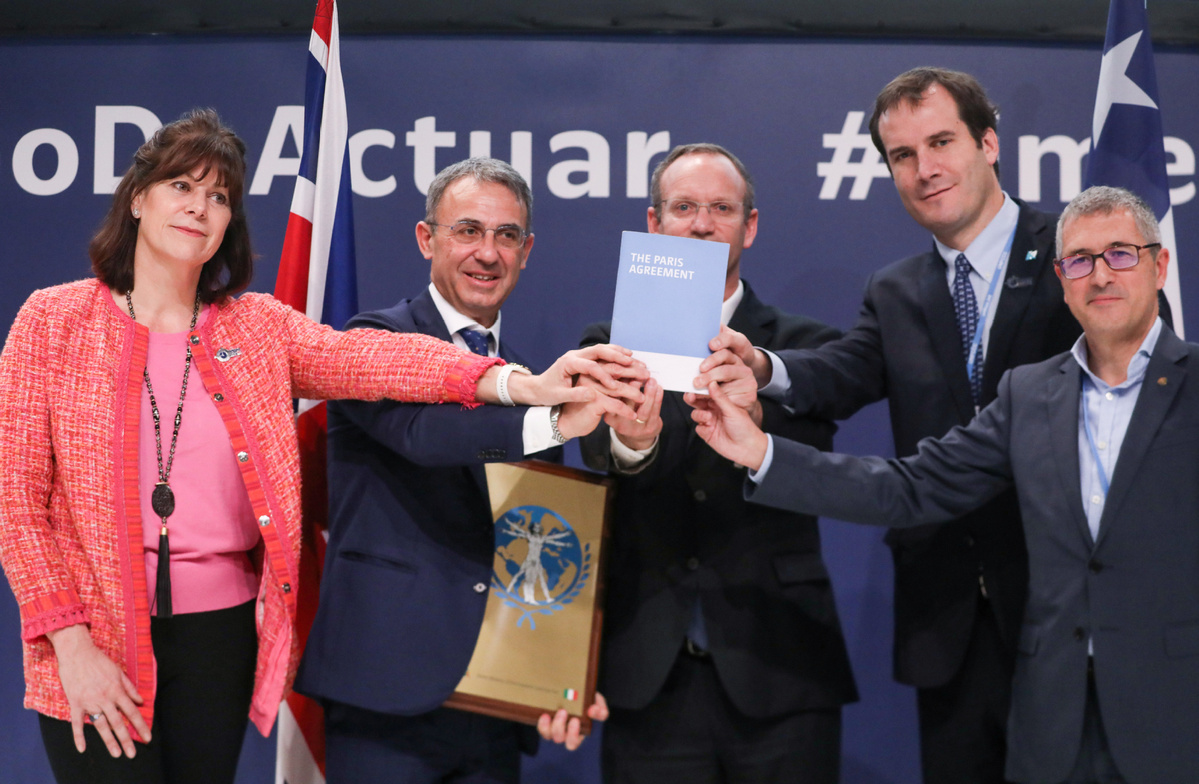 The event, known as COP26, was expected to attract world leaders and more than 26,000 delegates to Glasgow, along with hundreds of journalists and thousands of environmental campaigners.

The BBC says the decision to delay the event was widely anticipated.

The exhibition center that was to have hosted the gathering, the Scottish Event Campus, is being refitted to serve as a temporary hospital for people stricken by the virus.

Alok Sharma, the United Kingdom's business secretary and the summit's president-designate, said: "The world is currently facing an unprecedented global challenge and countries are rightly focusing their efforts on saving lives and fighting COVID-19. That is why we have decided to reschedule COP26. We will continue working tirelessly with our partners to deliver the ambition needed to tackle the climate crisis, and I look forward to agreeing a new date for the conference."

The Guardian newspaper says the talks would have been "the most important climate negotiations since the Paris agreement in 2015" and notes they offered an opportunity for nations to get back on track and avoid irreversible global warming.

The decision to postpone the event was made by the UN Framework Convention on Climate Change. It also pulled the plug on preliminary meetings, including one scheduled for Bonn, Germany.

UN Climate Change Executive Secretary Patricia Espinosa said, despite the postponement, the battle against global warming must be won.

John Sauven, executive director of Greenpeace UK, told the Guardian newspaper nations must not be allowed to use the delay as an excuse to retreat from climate commitments.

"The decision to postpone the climate talks in Glasgow was inevitable given the health emergency the world is currently facing," he said. "But while the summit has been delayed, the climate emergency can't be put on hold."

Some climate campaigners, though, are hoping the delay will have a silver lining. With the United States presidential elections set for November, they have noted that Donald Trump, who is withdrawing his nation from the Paris Agreement, could be replaced by a president who is more committed to climate action.

The Bloomberg news agency said that climate change was top of policymakers' agendas at the start of the year. It said the world's six or seven largest publicly traded oil and gas companies' executives had even set environmental targets, and executives attending the Davos gathering discussed investor pressure to behave responsibly. But the agency noted that leaders around the globe now "are focused on a single issue: how to stop the virus".