WORLD UN report reveals hypocrisy of US on human rights

UN report reveals hypocrisy of US on human rights 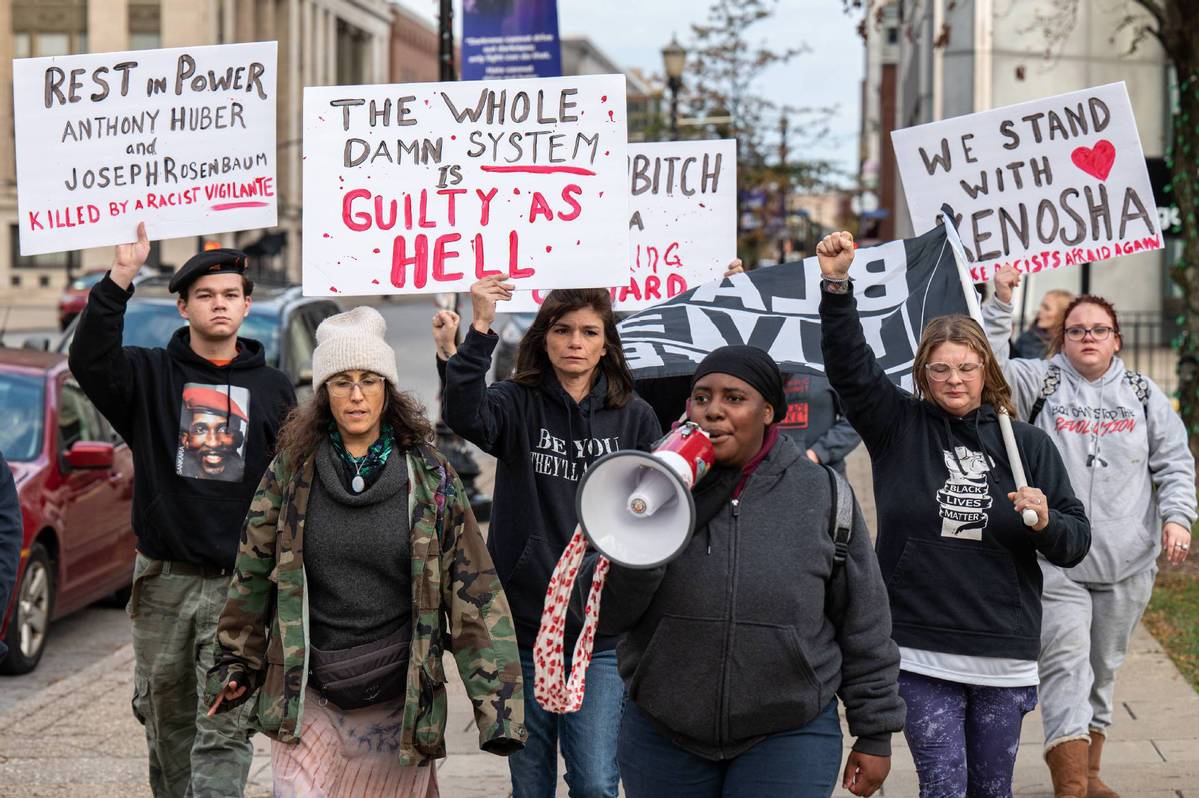 Demonstrators hold a rally in Louisville, Kentucky, to refute the recent acquittal of Kyle Rittenhouse, who claimed self defense after killing two protesters and injuring another on Aug 25, 2020 in Kenosha, Wisconsin. (Photo: China Daily/Agencies)

Beijing on Thursday urged Washington to stop its political manipulation and refrain from meddling in other countries' internal affairs under the pretext of human rights after a UN rapporteur issued a statement on the country's own human rights issues.

Fernand de Varennes, a UN Special Rapporteur on minority issues, issued a statement after a two-week mission to evaluate the human rights situation of minorities in the United States, exposing systemic discrimination against ethnic minorities in multiple areas, including elections, education and hate crimes.

The statement said "antisemitism, anti-Asian speech, Islamophobia, derogatory slurs against the Latinx community and anti-immigration xenophobia" are on the upswing in the country, some at record levels.

The Rapporteur said "neither was there a national human rights legislation or mechanism to ensure that the country's population can enjoy the full range of protection of the human rights generally recognized in international law."

The statement reflects serious concerns from the international community to the current situation of US human rights, especially the continuous deteriorating conditions of human rights of the country's ethnic minorities, Foreign Ministry spokesman Zhao Lijian said at a daily news briefing.

Zhao claimed the statement showed the US is "a nation of paradoxes when it comes to human rights and minorities."

On the one hand, the US conducts ethnic genocide and systematic discrimination against the indigenous peoples of the Americas, regards its people of overseas territories as secondary citizens and treats ethnic minorities who are overwhelmed by the fear of serious hate crimes with indifference, he said.

On the other hand, the US is obsessed with political manipulation and "human rights diplomacy", using human rights as a tool to interfere in other countries' internal affairs, he added.

Zhao noted the US issues human rights reports every year, in which it pointed fingers at human rights conditions of other countries and remained silent on its own situation.

"It fully exposes the double standards and hypocrisy of Washington on human rights issues," Zhao stressed.

With such a poor and deplorable record on internal human rights, he said, "how can the US have confidence and audacity to claim itself as a model of human rights?"

The spokesman also slammed the irresponsible actions of the US by inducing or intimidating other countries to serve as its pawns to achieve its political ends, adding that it hurts all sides.

It is reported Lithuania would sign a $600 million export credit agreement with the United States days after China warned it would "take all necessary measures" after Lithuania allowed the Taiwan authorities to open a representative office.

Calling the move of trading China's sovereignty for loans immoral and dangerous, Zhao said "it once again proves behind Lithuania's provocative moves, there is a puppeteer who manipulates the whole show with premeditation."

The international community has seen this clearly, he added.

In disregard of China's stern representations and international condemnation, Vilnius renounced its commitment to Beijing and served as a catspaw, Zhao said, adding the Baltic state would pay the price.