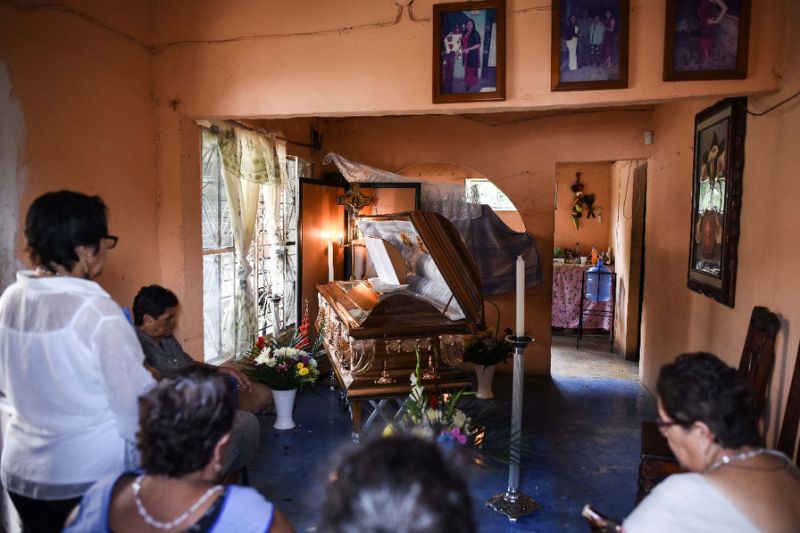 Relatives and friends mourn Mexican journalist at the wake of Candido Rios, who was under government protection was shot dead in the violent state of Veracruz, Mexico on August 22. (Photo: AFP)

The United Nations said on Thursday a group of experts on freedom of expression will visit Mexico at the end of November to assess the safety of journalists in the country, one of the most dangerous in the world for reporters.

David Kaye, U.N. Special Rapporteur on freedom of expression, and Edison Lanza, who holds the same position at the Inter-American Commission on Human Rights, will visit from Nov. 27 to Dec. 4 after an invitation by the government.

"This visit is about the crisis the press is going through in Mexico, the exponential increase in violence," said Leopoldo Maldonado, the protection and defense program officer in Mexico at Article 19, a freedom of expression advocacy group.

The visit comes as Mexico's journalists live through one of the worst waves of violence in recent history, with at least 11 reporters murdered in 2017, the same number killed in 2016.

Over the past 17 years, 111 journalists have been killed in Mexico, more than one third of them under the administration of President Enrique Pena Nieto. Reporters are also having to contend with other forms of intimidation.

In June, activists, human-rights lawyers and journalists filed a criminal complaint after experts found that their smartphones had been infected with advanced spying software sold only to the government.

The Mexican government said at the time that there was no proof it was responsible for the spying and that it condemned any attempt to violate the privacy of any person.

The rights experts will travel to Mexico City and the states of Guerrero, Veracruz, Tamaulipas and Sinaloa to meet legislative, executive and judicial authorities plus journalists and representatives of civil society, the U.N. said.