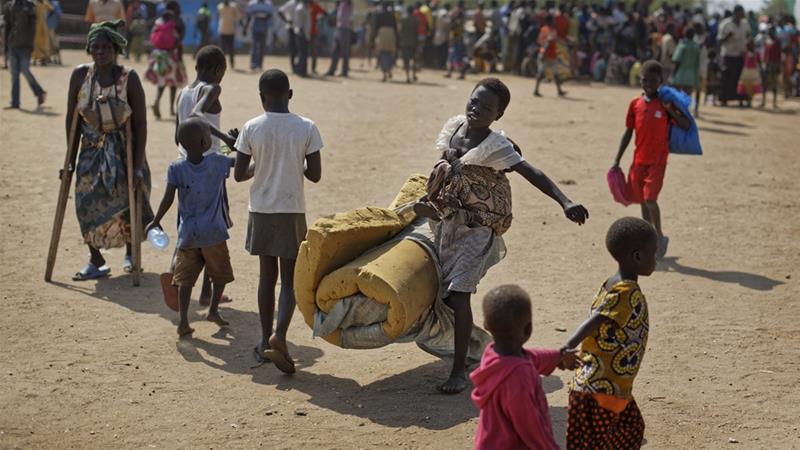 At least 232 civilians were killed in attacks in Mayendit and Leer by individuals from the South Sudan government, aligned forces, and armed youth in opposition-controlled areas in April and May, a UN

The UN Human Rights monitors who documented what appear to be deliberate, ruthless and brutally violent attacks on civilians in parts of Unity State in South Sudan, said the killings took place between

"The investigation has also identified three individuals who may bear the greatest responsibility for the violations committed. One of them was reportedly removed from his functions for his alleged

implication in these violations," the UN monitors said in a report.

Zeid Ra'ad Al Hussein, the UN High Commissioner for Human Rights, urged the government to stop all attacks against civilians, launch investigations and hold the perpetrators accountable, including those

"The perpetrators of these revolting acts against defenseless civilians, including those bearing command responsibility, must not be allowed to get away with it," Al Hussein said in a report released on

According to the report, victims and witnesses described how SPLA and aligned forces would storm into villages in the early morning or around dawn, surround the village and start shooting at fleeing

The attackers, according to the UN report, would then steal cattle, loot entire households and burn down houses and food stocks.

Al Hussein said there must be consequences for the men who reportedly gang-raped a six-year-old child, who slit the throats of elderly villagers, who hanged women for resisting looting, and shot fleeing

civilians in the swamps where they hid.

"Those who ordered and facilitated these horrific crimes must be brought to account. The government of South Sudan and the international community has the obligation to ensure justice," he said.

However, South Sudan army has downplayed the report and called on the UN to provide the army with more evidence.

Lul Ruai Koang, spokesman for the Sudan People's Liberation Army (SPLA), told Xinhua by phone in Juba that the military high command is not aware of any atrocities committed by its army and called on

the UN to serve them with the report to verify and do its own probe.

"I will get the report first, bring it to the attention of the leadership of the military high command then we shall respond. But I am sure the army has not done anything like that," Koang told Xinhua.

According to an investigation documented by the UN human-rights monitors, UN on Tuesday said the alleged violence took place between April and May after clashes between government troops and

The UN report documents acts that constitute gross violations and abuses of international human rights and humanitarian law that may amount to war crimes.

Al Hussein called on the government and the African Union to move quickly towards establishing the Hybrid Court for South Sudan to ensure accountability for gross human rights violations.

According to the report, violence took place after clashes between the SPLA and associated forces, and SPLA-IO (RM) in Unity State culminated in a significant military operation by government and

associated forces between April and May in multiple areas in southern Unity.

The report says the military offensive was part of a broader cycle of violence in which opposition forces also carried out armed attacks resulting in civilian casualties.

It said the elderly, people with disabilities and very young children were killed in horrific acts of violence, with some hung from trees and others burned alive in their homes, the investigation found.

The report documents the use of sexual violence as a weapon of war, with at least 120 women and girls raped or gang-raped, including children as young as four.