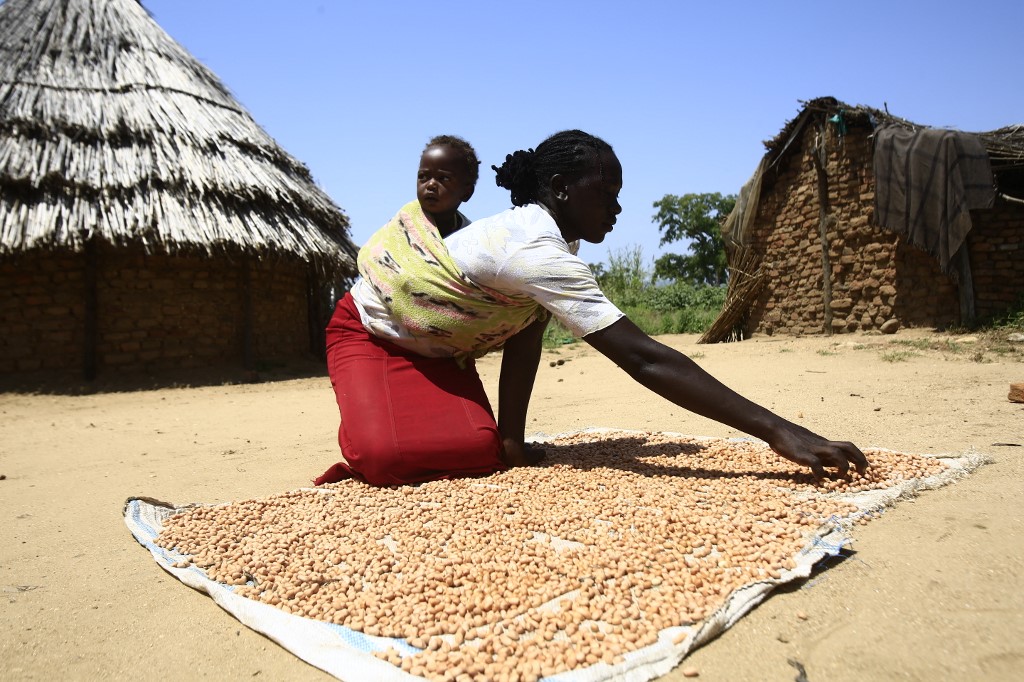 A Sudanese woman dries crops outside her house on October 10, 2019 in the village of Shattaya, some 150 kms west of Niayla, the capital of Sudan's southern Darfur region, following her return home last year after more than a decade of being displaced. (Photo: AFP)

KHARTOUM, April 5 (Xinhua) -- At least 40 people were killed in violent clashes in El Geneina, the capital city of Sudan's West Darfur state, according to the UN humanitarian coordination office in Sudan (OCHA).

"Since April 3, 40 people have been killed in recent clashes between the Al-Massalit and Arab tribes, and 58 injured," said the OCHA in a statement.

It added that the situation "remains tense" in El Geneina and gunfire could still be heard there as of late Monday afternoon.

Humanitarian operations and flights have been suspended in El Geneina until the security situation improves, the statement said.

Sudan's Security and Defense Council declared on Monday a state of emergency in West Darfur state and mandated regular forces to adopt all necessary measures to end armed clashes.

In January, similar attacks were launched by armed groups in El Geneina, leaving 159 people dead and 202 others injured.

Sudan's Darfur region has been mired in a civil war since 2003. On Dec. 31, 2020, the UN Security Council unanimously passed a resolution that ends the mandate of the United Nations-African Union Hybrid Operation in Darfur (UNAMID) in the region. Around 16,000 UNAMID soldiers deployed in Darfur since 2007 are set to complete their mission in July.

A UN Integrated Transition Assistance Mission in Sudan (UNITAMS) will take over UNAMID's tasks in the region.