UNITED NATIONS, June 12 (Xinhua) -- The United Nations said Tuesday that China has played an important and positive role in the situation on the Korean Peninsula. 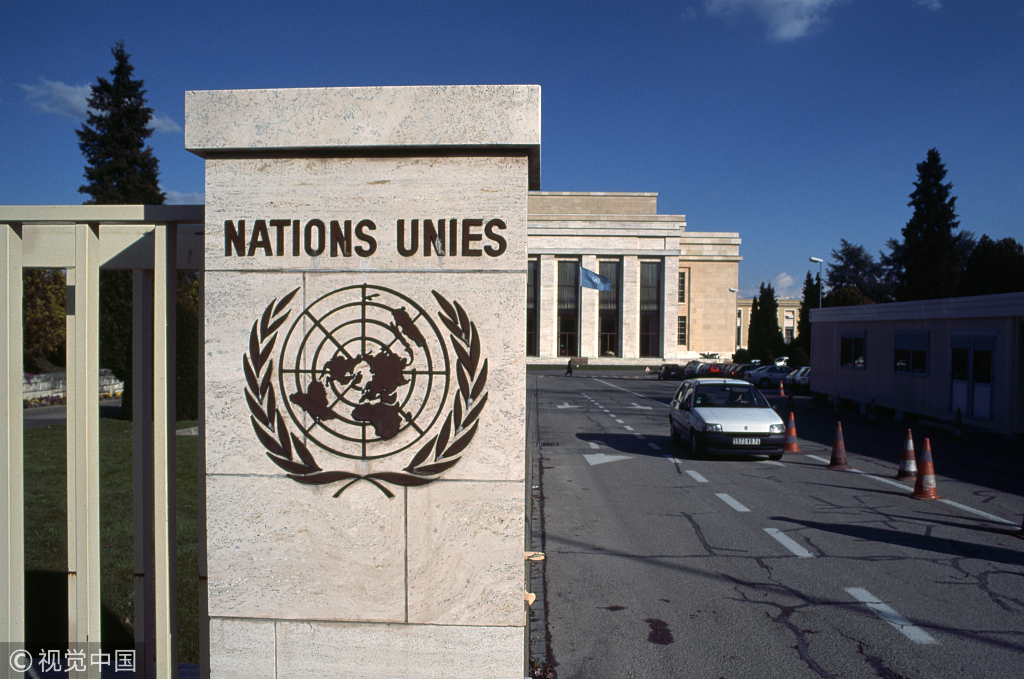 Entrance to the United Nations Building in Geneva (Photo: VCG)

"China has an important part to play in the situation on the Korean Peninsula and it has played a positive role," Stephane Dujarric, spokesman for UN Secretary-General Antonio Guterres, said at a daily news briefing.

The UN chief has hailed Tuesday's historic summit between the leaders of the United States and the Democratic People's Republic of Korea (DPRK) as "an important milestone."

US President Donald Trump and DPRK leader Kim Jong Un concluded their meeting in Singapore by signing a statement covering issues that included a pledge from the DPRK to work toward complete denuclearization of the Korean Peninsula.

Guterres also praised China's key role in resolving the Korean Peninsula issue in April after Kim's visit to Beijing at the end of March.

"I think China has an absolutely key role in this," said Guterres.

It is important for the DPRK to have an open dialogue with the United States, as China has always recommended, so that a denuclearization could occur in a peaceful environment and to the benefit of all, Guterres said.

China is firmly committed to the denuclearization of the Korean Peninsula, and it is also necessary to address the DPRK's reasonable security concerns at an appropriate time, Chinese State Councilor and Foreign Minister Wang Yi said in May.