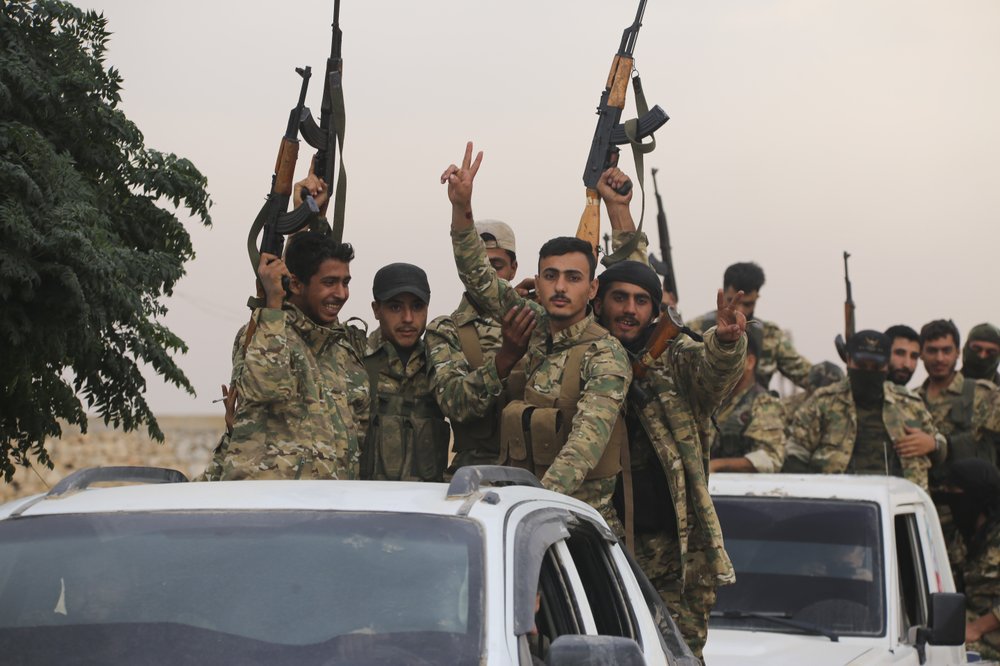 A convoy of Turkish backed Free Syria Army is about to cross into Turkey near the town of Azaz, Syria, Wednesday, Oct. 16, 2019. (AP Photo)

Council members exchanged views on Syria and Turkey’s military operations. After reaching a consensus, Security Council President and UN Permanent Representative of South Africa Jerry Matjila issued a statement that said the Council expressed deep concerns over the risks of terrorists being dispersed by UN-designated groups, including IS, and further deterioration in the region.

Zhang said Turkey’s unilateral military operation has made the situation in Northeast Syria more complex and vulnerable. The Chinese ambassador explained how this latest action would make counter-terrorism efforts more severe. It could also result in the dispersion of terrorists and an opportunity for IS to stage a comeback.

The operation will also harm humanitarian efforts and political settlements in the Syrian issue. Zhang emphasized how China is greatly concerned.

Syria’s sovereignty, independence, unity, and territorial integrity should be respected and safeguarded. Reaching a political settlement is the only way out and military means will not provide a solution.

China has called upon Turkey to cease military operations and return to the right track. Zhang also urged the UN Secretariat to monitor the situation and regional developments and provide timely updates to the Council.

Zhang said the parties in Syria recently agreed to establish a constitutional committee. China has long supported UN mediation efforts aimed at ensuring the implementation of resolution 2254, and push for political a resolution that benefits all parties.