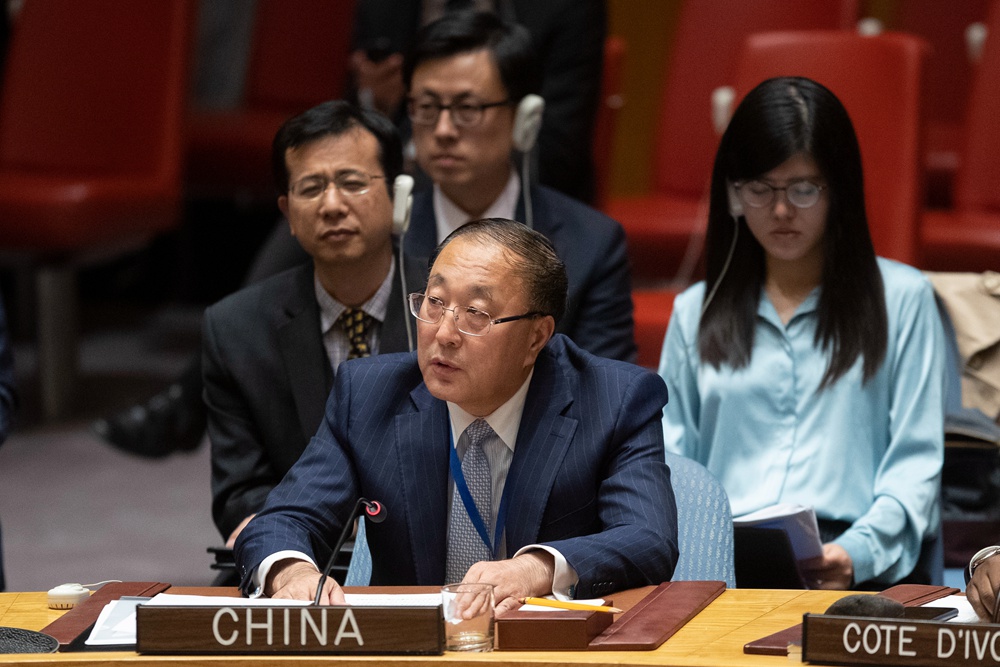 United Nations (People's Daily) - The UN Security Council adopted Saturday a resolution, with 12 votes in favor and 3 abstentions, on the mandate renewal for the cross-border humanitarian mechanism in Syria.

The resolution renews the border crossing of Bab al-Hawa for 12 months, until July 10, 2021. China, Russia and the Dominican Republic voted in abstention. Ambassador Zhang Jun made remarks in explanation of China’s vote.

Zhang stressed that it is China’s consistent position that the international community should increase humanitarian assistance to the Syrian people on the basis of respecting Syria’s sovereignty and territorial integrity. China encourages relevant parties to step up communication and cooperation with the Syrian government to facilitate its positive role, and help remove obstacles for cross-border humanitarian relief to meet the needs of the Syrian people.

Zhang pointed out that years of illegal sanctions have exacerbated the economic and humanitarian crisis in Syria, devastating livelihoods and bringing untold suffering to innocent civilians. The sanctions have also seriously undermined Syria’s ability to respond to COVID-19. The repeated calls made by UN Secretary-General Guterres and Special Envoy Pederson for the lifting of unilateral coercive measures have received overwhelming support of UN member states. China thanks the majority of Security Council members that support China’s position.

Zhang reiterated that the Syrian issue should be addressed with a holistic approach, taking into account the political, counter-terrorism, security, humanitarian and other aspects together. China calls upon relevant parties to strengthen dialogue and consultation, and actively promote a “Syrian-led, Syrian-owned” political process. China will continue to play a responsible and constructive role in the efforts to achieve a peaceful, just and proper settlement of the Syrian issue at an early date.

The cross-border humanitarian mechanism in Syria is an urgent and temporary arrangement. Countries including China and Russia have always had reservations about the cross-border mechanism. They believe that as a special method of humanitarian relief adopted for specific circumstances, the cross-border mechanism should be gradually adjusted in line with the evolving situation in Syria. Thanks to the strenuous efforts of Russia, China and other countries, further adjustment has been made to relevant cross-border arrangements. At the same time, the United States and some other countries have been imposing unilateral coercive measures on Syria, having a serious negative impact on the humanitarian situation in the country. It is China’s consistent position that the unilateral coercive measures should be immediately lifted to fundamentally improve the humanitarian situation in Syria.