New York (People’s Daily) - The Security Council unanimously voted on Wednesday in favor of deploying up to 75 observers to monitor a fragile ceasefire in Yemen's port city of Hudaydah which went into effect late last month. 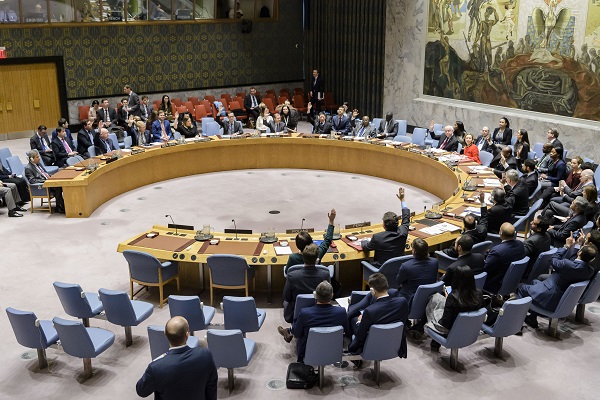 Among other things, the newly adopted resolution establishes what will be officially known as the UN Mission to support the Hodeidah Agreement (UNMHA).

Last month, after UN-brokered consultations in Sweden aimed at getting the warring sides together to end nearly four years of brutal civil war, the Houthi movement leadership and Yemeni government representatives signed the Hodeidah Agreement.

The resolution sets out, for an initial six months, an increase from around 20 observers already in place to monitor the ceasefire, to up to 75 positioned in and around the Red Sea port, where Yemen receives most of its commercial goods and aid.

The new special political mission will support the implementation of the December Stockholm Agreement, consisting of three separate pledges between the two sides: halting hostilities in Hudaydah and mutually redeploying forces from the city and the ports Salif and Ras Issa; a prisoner exchange mechanism; and a statement of understanding on the city of Taiz, where fighters have wrestled for control for years.

According to news reports, both Houthi rebels and the UN-backed government have accused each other of multiple ceasefire breaches, calling the terms flawed because they lacked precision. Adding more monitors will allow for  a more accurate assessment.

Retired General Patrick Cammaert, who chairs the Redeployment Coordination Committee (RCC), will head the UNMHA and report to the Secretary-General through Special Envoy for Yemen Martin Griffiths.

The RCC includes Yemen government representatives and Houthis to supervise implementation of the Stockholm Agreement. The UN advanced team has already been working with the RCC on monitoring and supporting its implementation.

The UK-sponsored resolution requests the Secretary-General to report to the Council on a monthly basis on the resolution’s implementation and to present it with a review of UNMHA in five months’ time.