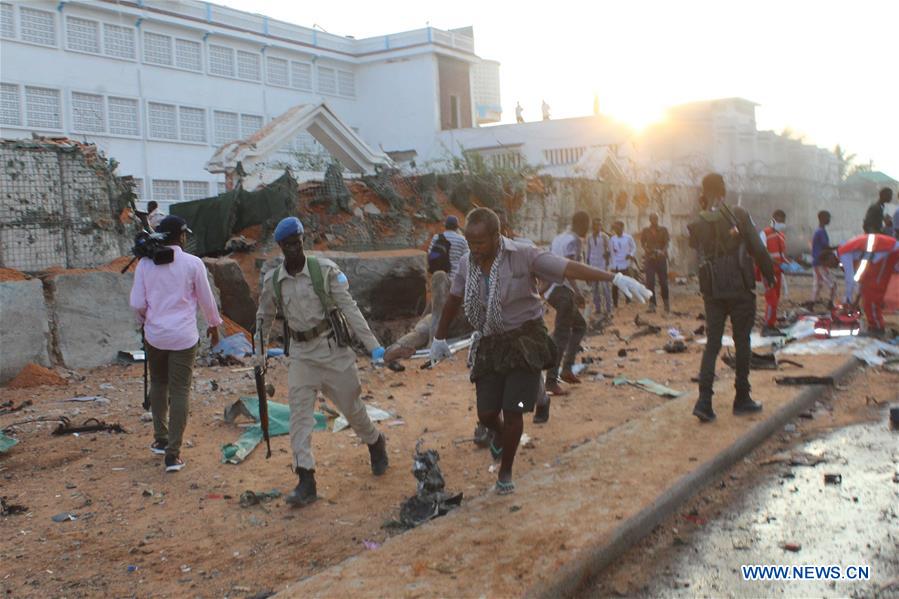 People carry a wounded person at the scene of a bomb blast in Mogadishu, capital of Somalia, Nov. 9, 2018. (Xinhua/Faisal Isse)

UNITED NATIONS, Nov. 10 (Xinhua) -- The United Nations Security Council on Saturday condemned the terrorist attacks in Mogadishu, which killed 50 people one day ago.

Friday's triple bomb blasts rocked the Somali capital. The first explosion hit a hotel, followed by two more nearby. The al-Shabaab militant group has claimed responsibility for the attack.

In a press statement, the members of the Security Council expressed their deepest sympathy and condolences to the families of the victims, as well as to the people and government of Somalia.

They underlined the need to bring perpetrators, organizers, financiers and sponsors of these reprehensible acts of terrorism to justice and urged all states to cooperate actively with the government of Somalia and all other relevant authorities in this regard.

Earlier Friday, UN Secretary-General Antonio Guterres also condemned the attacks. He reiterated the support and solidarity of the United Nations with the people and government of Somalia in this endeavor.