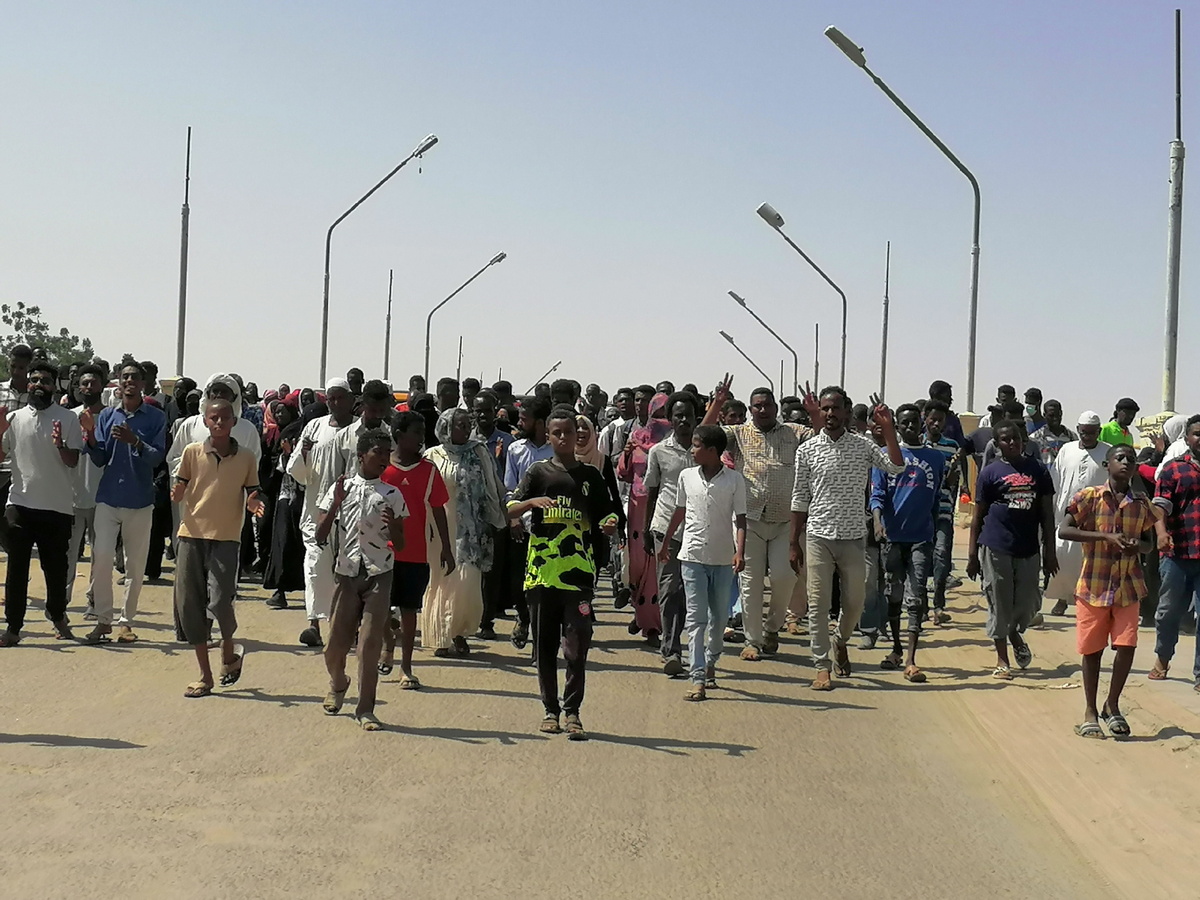 Sudanese demonstrators march and chant during a protest against the military takeover, in Atbara, Sudan Oct 27, 2021 in this social media image. [Photo/Agencies]

The Security Council on Thursday demanded the release of detained civilian leaders and the restoration of the civilian-led transitional government in Sudan.

In a press statement, the members of the Security Council expressed serious concern about Monday's military takeover in Sudan, the suspension of some transitional institutions, the declaration of a state of emergency, and the detention of Prime Minister Abdalla Hamdok and other civilian members of the transitional government.

The council members called for the immediate release of all those who have been detained by the military authorities, and in this regard, took note of the reported return of Prime Minister Hamdok to his residence.

They also called on all parties to exercise the utmost restraint and refrain from the use of violence, and emphasized the importance of full respect for human rights, including the right to peaceful assembly and freedom of expression.

The council members expressed their solidarity with the people of Sudan and affirmed their readiness to support efforts to realize Sudan's democratic transition, in a manner that achieves the hopes and aspirations of the Sudanese people for an inclusive, peaceful, stable, democratic and prosperous future. They underscored that any attempt to undermine the democratic transition process in Sudan puts at risk Sudan's security, stability and development. They reaffirmed their strong commitment to the sovereignty, independence and territorial integrity and national unity of Sudan.

The council members expressed their strong support for regional and sub-regional efforts and underscored the importance of their continued engagement in Sudan.

They expressed their intention to continue to closely monitor the situation in Sudan.