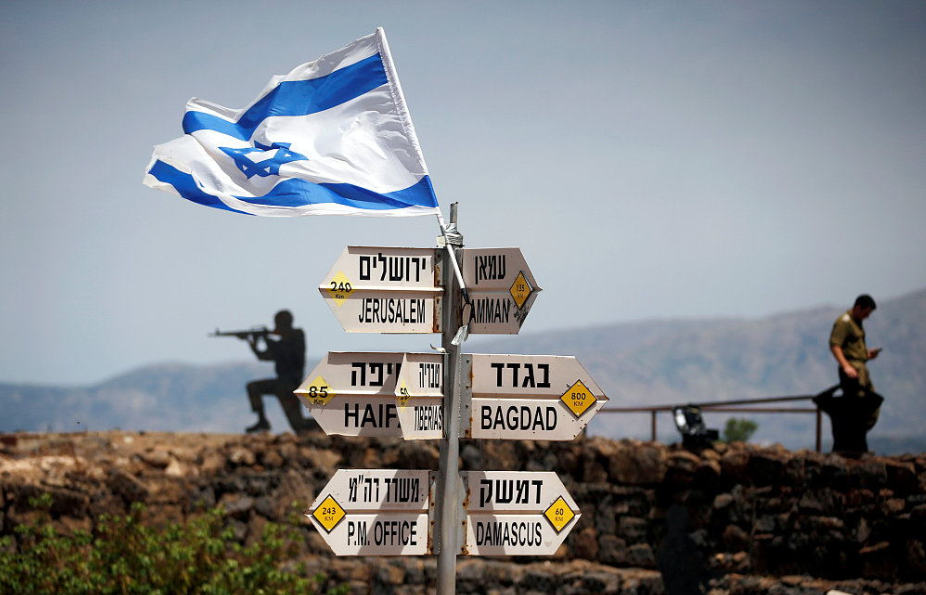 An Israeli soldier stands next to signs pointing out distances to different cities, on Mount Bental, an observation post in the Israeli-occupied Golan Heights that overlooks the Syrian side of the Quneitra crossing, Israel May 10, 2018. (Photo: VCG)

UNITED NATIONS, Dec. 19 (Xinhua) -- The Security Council on Thursday adopted a resolution to extend the mandate of the UN peacekeeping force on the Golan Heights for six months, till June 30, 2020.

The UN Disengagement Observer Force (UNDOF) on the Golan has been tasked to maintain a cease-fire between Israel and Syria since 1974.

Resolution 2503, which won the unanimous support of the 15-member council, stresses the obligation of both Israel and Syria to fully respect the terms of the 1974 cease-fire, and calls on them to exercise maximum restraint and prevent any breaches of the cease-fire and the area of separation (buffer zone).

It underscores that there should be no military activity of any kind in the buffer zone, including military operations by Syrian government forces.

The resolution calls on all groups other than UNDOF to abandon all UNDOF positions, and return the peacekeepers' vehicles, weapons, and other equipment.

It underlines that UNDOF remains an impartial entity and stresses the importance to halt all activities that endanger UN peacekeepers on the ground and to accord the UN personnel on the ground the freedom to carry out their mandate safely and securely.

It calls on all parties to cooperate fully with the operations of UNDOF, to respect its privileges and immunities and to ensure its freedom of movement, and to facilitate the unimpeded delivery of UNDOF equipment and troop rotation and resupply activities.

The resolution requests the UN secretary-general to report every 90 days on developments in the situation.

UNDOF was established in May 1974 following the agreed disengagement of the Israeli and Syrian forces on the Golan Heights that ended the 1973 Yom Kippur War.

Thursday's resolution welcomes UNDOF's ongoing efforts to consolidate its presence and to intensify its operations in the buffer zone, including its intent to resume inspections in the "area of limitation" on the Syrian side -- an extension of 25 km from the Bravo line.

It calls for support of the parties to allow for the full utilization of the Quneitra Crossing in the buffer zone to allow UNDOF to increase its operations on the Bravo side to facilitate effective and efficient mandate implementation.

Before its closure in 2014, Quneitra was used for humanitarian crossings, facilitated by UNDOF and in cooperation with the International Committee of the Red Cross.