UNITED NATIONS, Nov. 30 (Xinhua) -- The members of the United Nations Security Council on Monday strongly condemned the killing of civilians in northeast Nigeria. 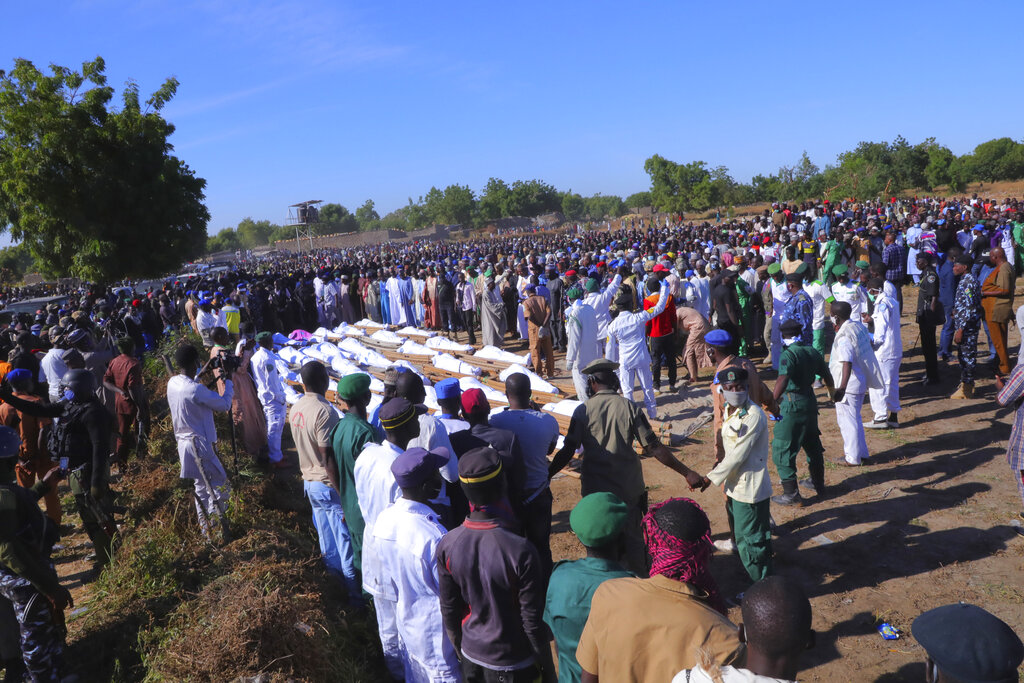 The council members, reacting to the massacre in a press statement, condemned "in the strongest terms" the terrorist attacks that occurred in northeast Nigeria on Saturday, in which scores of civilians were reportedly killed and many others injured or abducted.

They expressed their deepest sympathy and condolences to the families of the victims and to the government of Nigeria, reaffirming that terrorism in all its forms and manifestations constitutes one of the most serious threats to international peace and security.

They underlined the need to bring perpetrators, organizers, financiers and sponsors of these reprehensible acts of terrorism to justice and urged all states to act in accordance with their obligations under international law and relevant Security Council resolutions.

The council members reiterated that any acts of terrorism are criminal and unjustifiable, regardless of their motivation, wherever, whenever and by whomsoever they were committed.

Scores were killed after armed men on motorcycles gruesomely attacked agricultural workers in Nigeria's Borno state on Saturday. Multiple outlets reported that suspected Islamist militants attacked the farmers while they were harvesting in the fields in a rural part of the state.