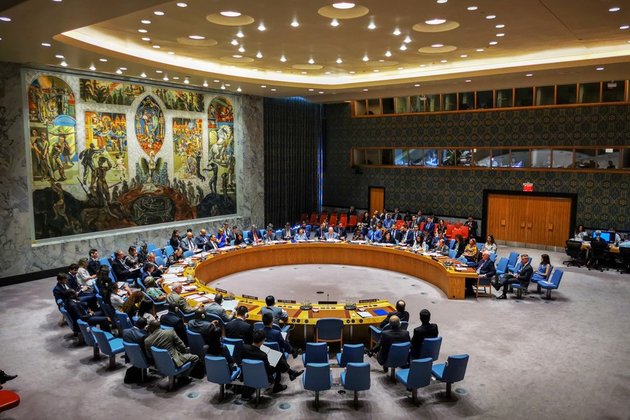 UNITED NATIONS, Aug. 25 (Xinhua) -- The president of the Security Council said Tuesday that he will not take any action on a purported U.S. notification for a "snapback" mechanism on sanctions against Iran.

Indonesia's UN ambassador Dian Triansyah Djani, whose country holds the Security Council presidency for the month of August, said he "is not in the position" to take further action as there is no consensus among council members over the issue.

U.S. Secretary of State Mike Pompeo on Thursday submitted Washington's demand for the return of all pre-2015 UN sanctions against Iran. But the overwhelming majority of Security Council members hold that the U.S. move does not constitute a "notification" as envisaged in Security Council Resolution 2231, which endorsed the Iran nuclear deal.

They argued that the United States has no right to invoke the "snapback" mechanism as it is no longer a participant since it withdrew from the deal in May 2018.

Asked on Tuesday by Russia and China on how he would proceed with the U.S. demand, Djani said: "It is clear for me that there is one (council) member which has a particular position on the issue while there are a significant number of members who have contesting views. In my view, there is no consensus in the council. Thus, the president is not in the position to take further action."

All remaining participant states of the deal except Iran -- Britain, China, France, Germany, Russia -- were on the Security Council. The E3 -- Britain, France and Germany -- on Tuesday reiterated their common position that the United States is not eligible to invoke the "snapback" mechanism as it has withdrawn from the deal.

Russia's UN ambassador Vassily Nebenzia asked the United States to stop pursuing its path, which, he said, "is not only illegal but simply will not lead to achieving the result that was envisaged by the United States."

He also commended Indonesia's conclusion that no further action shall be taken in the Security Council.

Zhang Jun, China's permanent representative to the United Nations, said participants of the Iran nuclear deal and the overwhelming majority of Security Council members believe that the U.S. demand for restoring UN sanctions on Iran has no legal ground and goes against common views, and the "snapback" mechanism shall not be deemed as invoked.

China resolutely opposes the U.S. demand and holds the view that the U.S. letter submitted on Thursday should not be identified as "notification" specified in Security Council Resolution 2231, he said.

"The council should fully respect views of the international community and the overwhelming majority of council members, uphold its credibility and authority, and fulfill its responsibility of maintaining international peace and security," he said.

The U.S. permanent representative to the United Nations, Kelly Craft, remained adamant on Tuesday despite the isolation.

"Let me just make it really, really clear: the Trump administration has no fear in standing in limited company on this matter, in light of the unmistakable truth guiding our actions," she told the Security Council.

She said other members of the Security Council "have lost their way."

The U.S. move on Thursday came after its draft resolution that sought to extend the current arms embargo against Iran failed in the Security Council. In a voting on Aug. 14, only the United States itself and the Dominican Republic voted in favor.

The U.S. move to invoke the "snapback" mechanism seeks to automatically bring back all pre-2015 sanctions, including the arms embargo.

Once a "snapback" is initiated, the United States could use its veto power in the Security Council to shoot down any draft resolution that seeks to prevent the restoration of the sanctions against Iran.