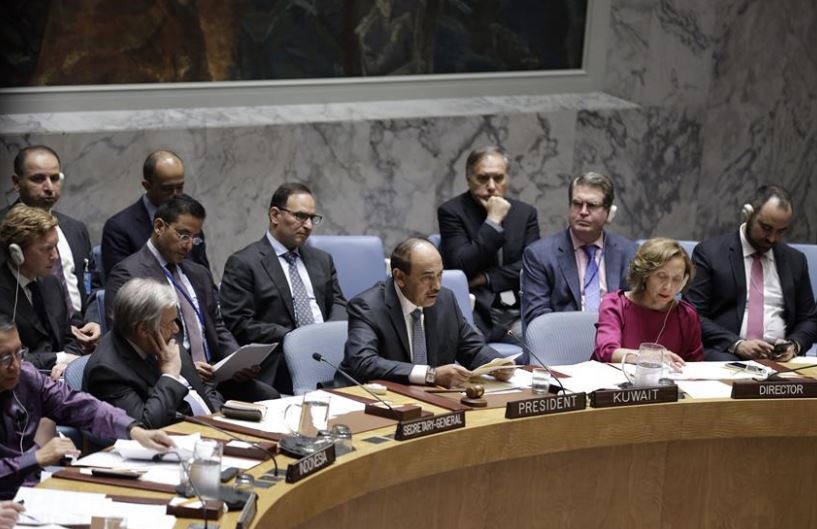 The United Nations Security Council on Thursday proposed a set of mechanisms to achieve enhanced cooperation with the Arab League. In a presidential statement, the council said it "encourages" the holding of an annual briefing by the secretary-general of the Arab League as well as an annual informal meeting between its members and the members of the Council of the League of Arab States. The UN body also expressed its intention to consider further steps to promote closer cooperation between the United Nations and the Arab League in the fields of conflict early warning, prevention, peacemaking, peacekeeping, peacebuilding and sustaining peace. The council welcomed the upcoming opening of the UN liaison office at the headquarters of the Arab League in Cairo in June, and encouraged the UN secretariat and the secretariat general of the Arab League to maximize the utilization of this office. On Thursday, the Security Council held a meeting on cooperation between the United Nations and regional and sub-regional organizations, mainly discussing the world body's cooperation with the Arab League. Speaking at the meeting, UN Secretary-General Antonio Guterres lauded the cooperation between the United Nations and the Arab League, saying the two organizations share a common mission of preventing conflict and resolving disputes. Ahmed Aboul-Gheit, secretary-general of the League of Arab States, called for "a permanent and institutional arrangement for the exchange of information transparently as well as frankly" with the Security Council, in order for it to be appraised of the views and assessments of the league.