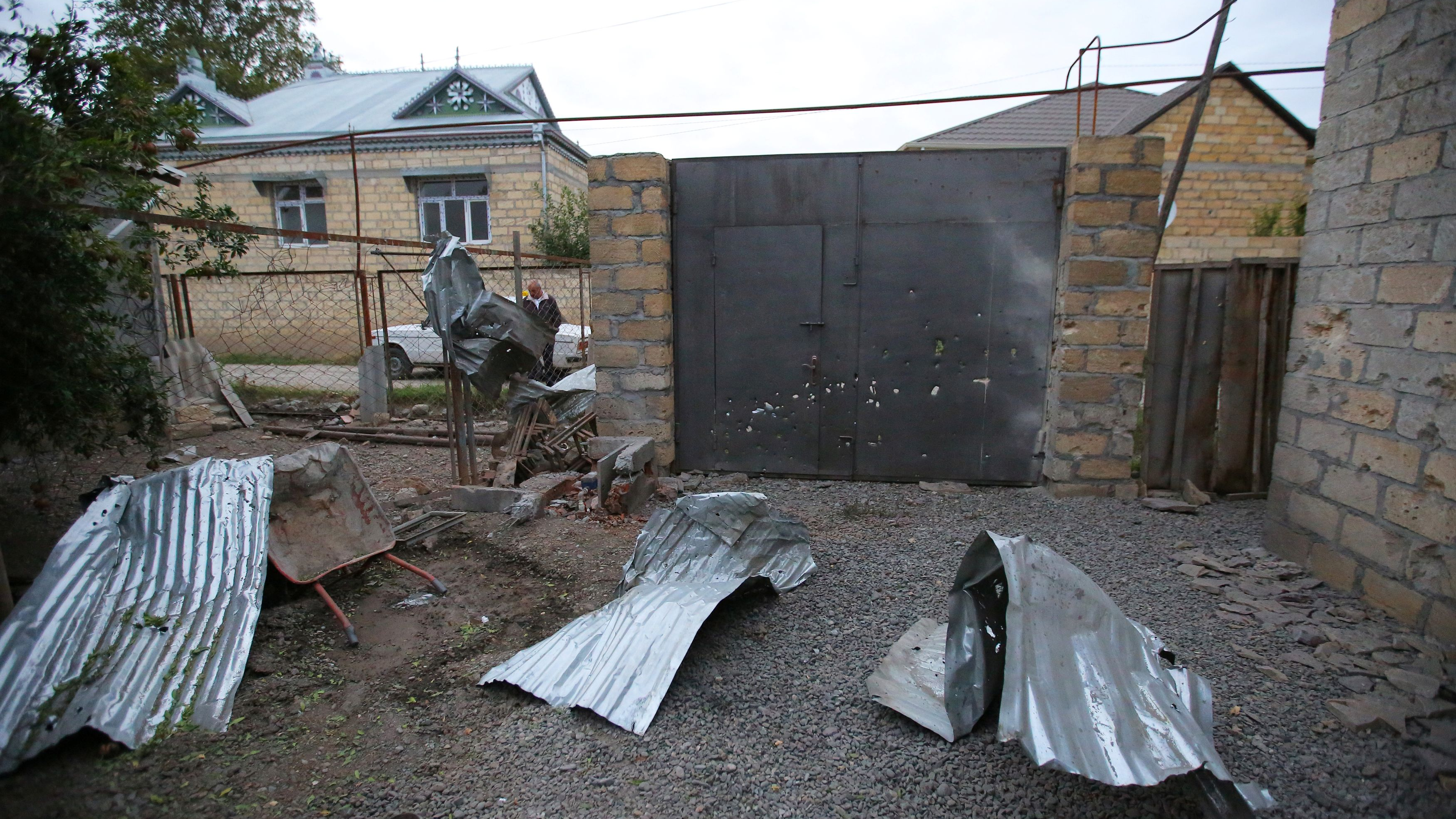 A household which locals said was damaged during a recent shelling, in armed clashes over the breakaway Nagorno-Karabakh region, in the city of Tartar, Azerbaijan, September 28, 2020. (Photos: CGTN)

The UN Security Council will hold emergency talks Tuesday behind closed doors on the ethnic Armenian region of Nagorno-Karabakh, where fierce fighting has raged since the weekend, diplomats told AFP.

Belgium formally requested the session, after France and Germany had led a push for it to be placed on the agenda.

Britain also joined the European push for the talks, said diplomats, who added that a joint declaration could be issued at its conclusion – either by the entire council or its European members if a full consensus cannot be reached.

The clashes come in the middle of the annual UN General Assembly and raise fears of a war between Azerbaijan and Armenia in the Caucasus.

Armenia and Azerbaijan have been locked in a territorial dispute over the ethnic Armenian region of Nagorno-Karabakh for decades, with deadly fighting flaring up earlier this year and in 2016. 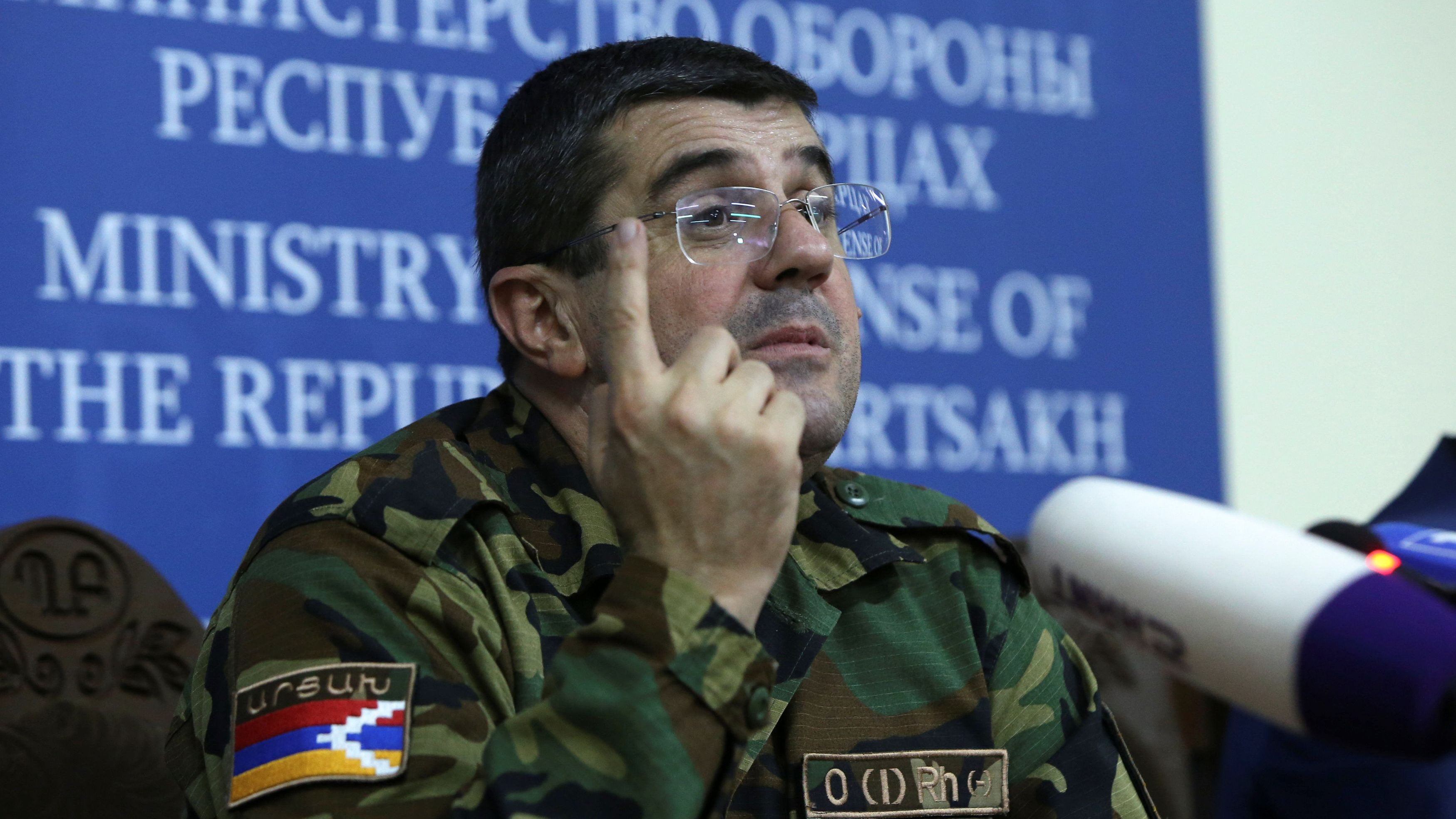 Arayik Harutyunyan, leader of the region of Nagorno-Karabakh, attends a news conference in Stepanakert, the capital of the breakaway Nagorno-Karabakh region, September 27, 2020.

The two countries have disputed over the mountainous region of Nagorno-Karabakh since 1988. Peace talks have been held since 1994 when a ceasefire was reached, but there have been occasional minor clashes along the borders.

Moscow has a defense alliance with Armenia, which provides vital support to the enclave and is its lifeline to the outside world, while Ankara backs its ethnic Turkic kin in Azerbaijan.

Fighting escalated sharply on Monday between the two Caucasus countries, and both sides pounded each other with rockets and artillery.

Reuters said at least 55 people were killed in a second day of heavy clashes. AFP said at least 95 people have been killed in the most recent fighting, including 11 civilians. 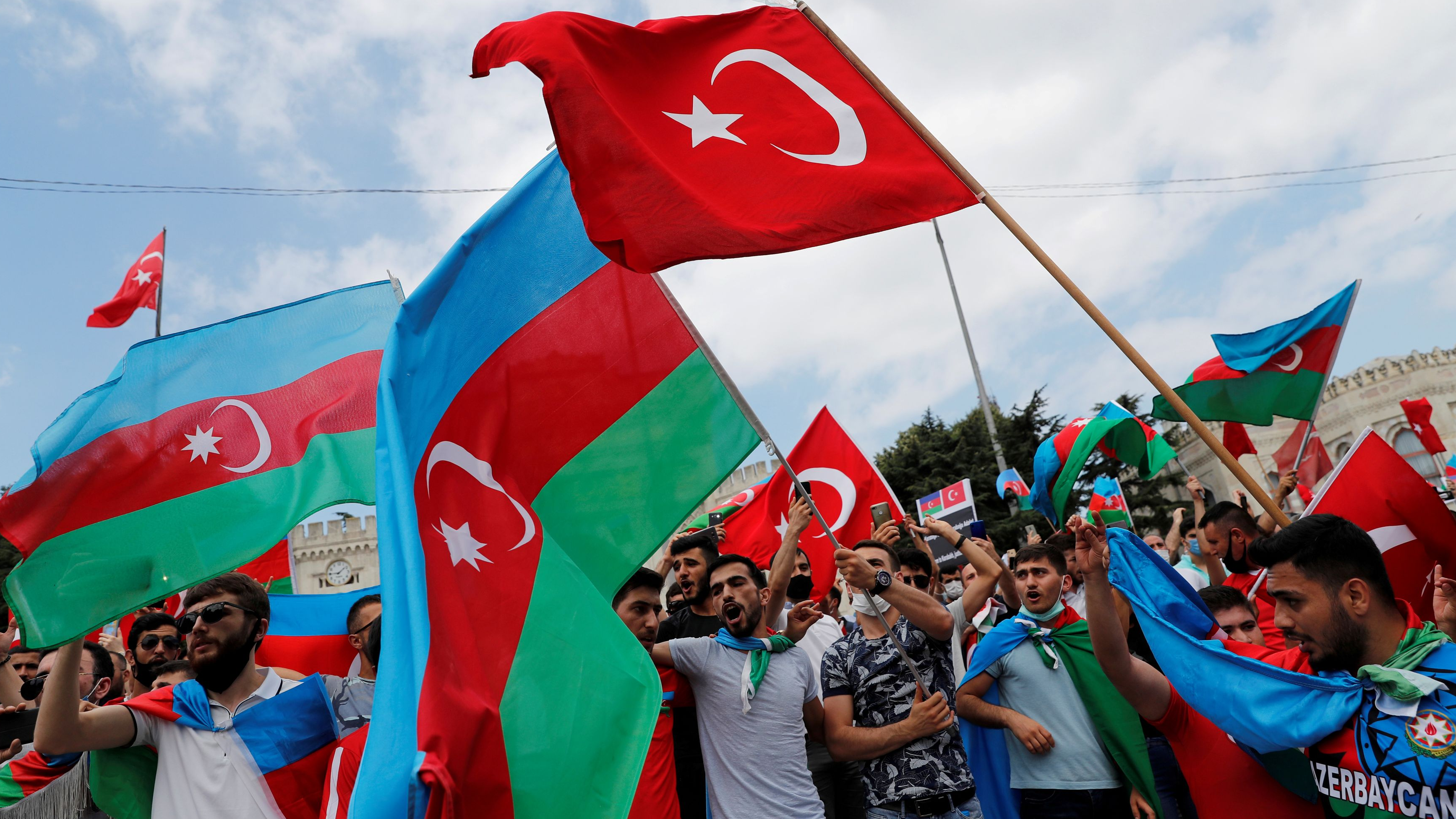 Azeri men living in Turkey wave flags of Turkey and Azerbaijan during a protest following clashes between Azerbaijan and Armenia, in Istanbul, Turkey, July 19, 2020.

UN Secretary-General Antonio Guterres on Monday called on Azerbaijani and Armenian leaders to take immediate steps to establish a ceasefire.

The secretary-general had spoken with both Azerbaijan's President Ilham Aliyev and Armenian Prime Minister Nikol Pashinyan, Guterres spokesman Stephane Dujarric said, adding that the UN chief is gravely concerned about the latest clashes.

He urged both leaders to take immediate steps to establish a ceasefire and resume negotiations in order to prevent instability in the region, the statement said.