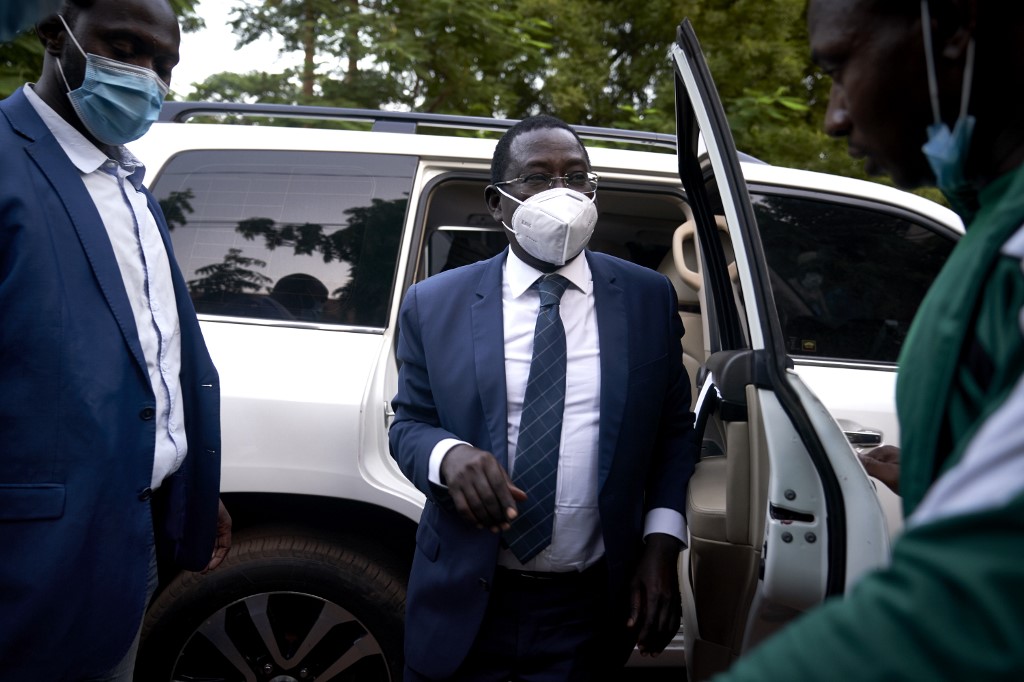 Malian politician Soumaila Cisse arrives at his home in Bamako, on October 9, 2020, a day after his release. (Photo: AFP)

UNITED NATIONS, Oct. 15 (Xinhua) -- The United Nations Security Council on Thursday welcomed the elaboration of transitional political arrangements in Mali and underlined the need to fully adhere to their terms, issuing a presidential statement in the wake of developments unfolding rapidly in the West African nation.

In the presidential statement, which was introduced Thursday morning by Vassily Nebenzia, Council president for October, the 15-member organ welcomed the appointment in Mali of a transitional president, vice-president, prime minister and government, as well as the issuance of a transition charter. It further welcomes the release of all the officials detained, as per the request of the Economic Community of West African States (ECOWAS), and called for the swift appointment of a National Transition Council.

The Council commended the continued commitment and mediation efforts of ECOWAS in Mali, taking note of the bloc's Oct. 5 declaration on the transitional arrangements and the lifting of its previously imposed sanctions. It also took note of the lifting, by the African Union's Peace and Security Council, of Mali's suspension from African Union activities.

Underlining that the transition should be conducted in accordance with the Transitional Charter - leading to constitutional order and elections within 18 months - it emphasized that elections must be inclusive, transparent, free, fair, credible and conducted in a peaceful environment.

Among other things, the Council called on all Malian stakeholders to prioritize building trust, engaging in dialogue and being willing to compromise, in order to conduct a civilian-led, consensual and inclusive transition.

Reiterating the strategic importance of the full, effective and inclusive implementation of the Agreement on Peace and Reconciliation in Mali - to which there is no viable alternative - Council members called for the latter's implementation to resume without delay.

They further called on the Malian authorities to take expedited action to protect civilians, reduce intercommunal violence and restore peaceful relations between communities in central Mali, in particular by prioritizing the re-establishment of state authority and fighting impunity for violations of international law.