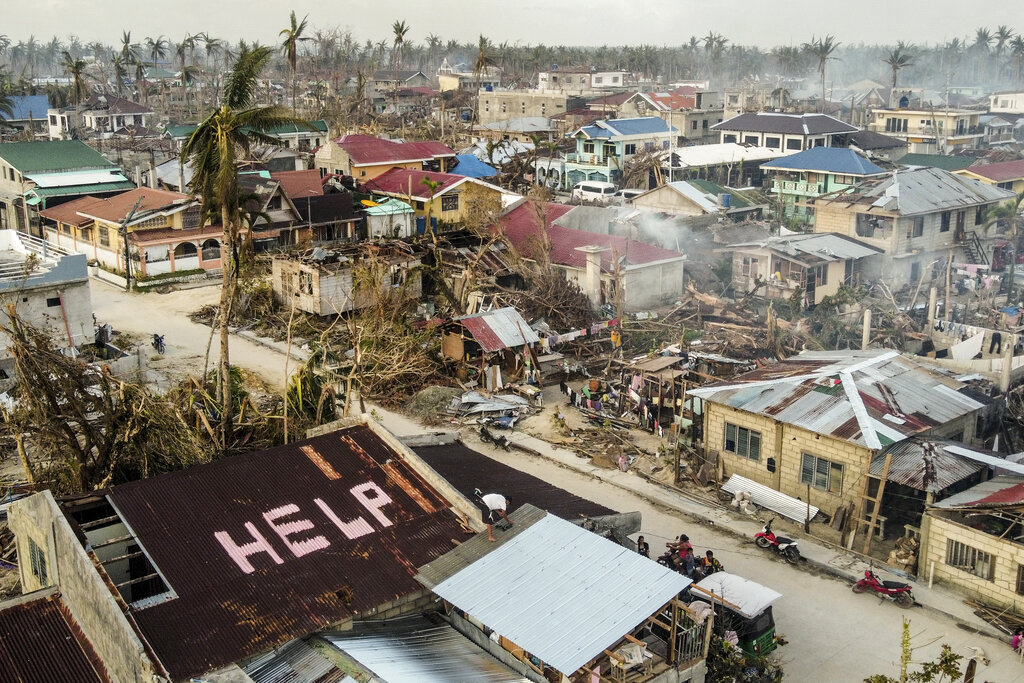 The United Nations kicked off a campaign Friday to raise $107.2 million in aid for victims of Typhoon Rai, which ravaged the Philippines last week.

The money will be targeted towards 530,000 people in the worst-affected areas, who are in dire need of drinking water, sanitation facilities, food and emergency shelter, the organization said.

"There is momentum for full support," UN Resident Coordinator in the Philippines Gustavo Gonzalez told a virtual press conference earlier.

"Now the challenge is that all of this announcement and solidarity is rapidly translated into concrete actions."

Rai devastated swathes of the southern and central regions of the archipelago when it hit as a super typhoon, leaving at least 375 people dead and hundreds of thousands homeless.

The military, coast guard and humanitarian organizations are racing to get food, drinking water and temporary shelter to the hardest-hit regions.

But the scale of the destruction, lack of mobile phone signal or internet in many areas, and depleted government coffers after the Covid-19 response has hampered efforts to distribute aid.

"Rai intensified from a tropical storm to a super typhoon within hours and I think that this is a lesson learned in terms of the impact of climate change," Gonzalez said Thursday.

The storm caught everyone by surprise, he said, noting it did not follow the usual "trajectory" of typhoons in the Philippines, which tend to make landfall further north.

Scientists have long warned that typhoons are strengthening more rapidly as the world becomes warmer because of human-driven climate change.

The Philippines -- ranked among the most vulnerable nations to its impacts -- is hit by an average of 20 storms every year.

In 2013, Typhoon Haiyan was the strongest storm ever to have made landfall, leaving over 7,300 people dead or missing.

The death toll from Rai is not expected to get anywhere close to that number.