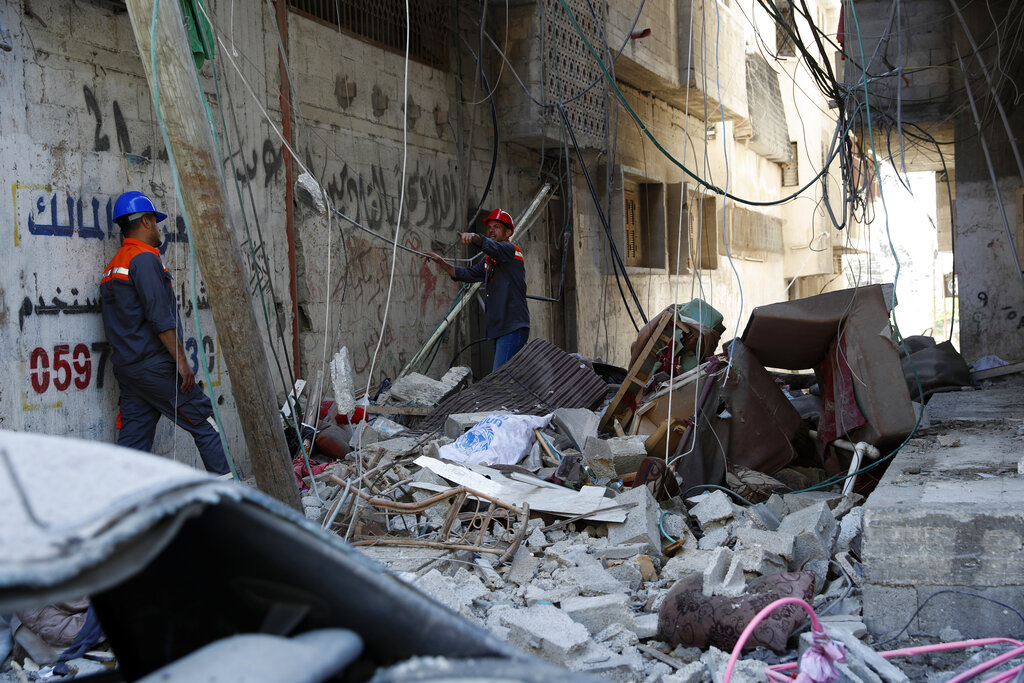 Workers inspect the rubble of the destroyed Abu Hussein building that was hit by an Israeli airstrike early morning, in Gaza City, Wednesday, May 19, 2021. Photo: AP

UNITED NATIONS — The U.N. agency for Palestinian refugees is urgently appealing for $38 million for emergency needs in Gaza as a result of conflict between Israel and the territory’s Hamas rulers.

The U.N. Relief and Works Agency said Wednesday that it is already responding to the humanitarian needs of refugees and non-refugees, including tens of thousands of people who have sought safety in the agency’s schools and emergency shelters.

The agency says the $38 million is needed for an initial 30-day period to respond to a variety of immediate needs in Gaza including food, health care, psychological services, and water and sanitation. It also includes emergency needs in the West Bank, including east Jerusalem, for health care, shelter, education, security and protection.