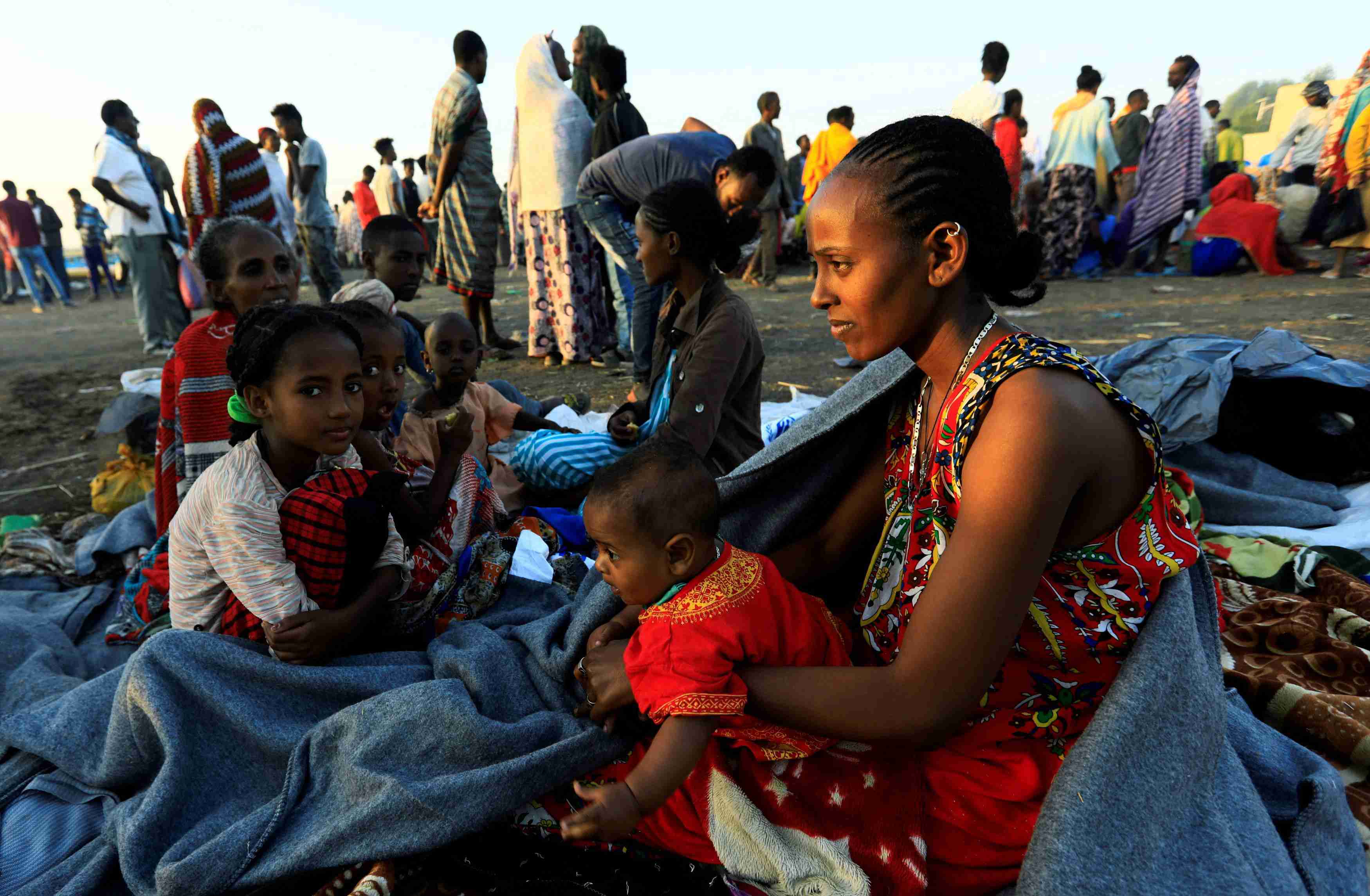 A United Nations team visiting refugees in Ethiopia's war-hit Tigray region had failed to stop at two checkpoints when it was shot at over the weekend, the Ethiopian government said on Tuesday, proclaiming the country did not need a "babysitter."

The UN security team was seeking access to the Shimelba camp for Eritrean refugees when they were fired at on Sunday. UN spokesperson Stephane Dujarric said there were four people in the UN team assessing roads in the area for aid deliveries.

Dujarric called the reports "alarming" and said UN officials "are engaging at the highest level with the federal government to express our concerns and avoid any such incidents in the future."

Thousands are feared dead, and the UN estimates that more than 950,000 people have been displaced by the conflict, around 50,000 of them fleeing into neighboring Sudan, where another humanitarian crisis is growing as aid workers set up food, shelter and other care from scratch.

The Ethiopian government did not immediately respond to a request for comment on the UN estimate.

Redwan Hussein, spokesperson for the Ethiopian government's task force for Tigray, told reporters that the UN team passed through two checkpoints without stopping while driving hastily to an unauthorized area.

"When they were about to break the third one, they were shot at and detained," he said.

Two diplomatic sources said the UN team encountered uniformed Eritrean troops, though both Ethiopia and Eritrea have denied any incursion over the border by President Isaias Afwerki's military, according to Reuters.

Abiy Ahmed Ali and Afwerki signed a peace pact in 2018, ending two decades of hostilities and now regard the TPLF as a mutual foe.

Ethiopia's army has captured the regional capital Mekelle and declared victory, but TPLF leaders say they are fighting back on various fronts around the highland city.

"There are a few remnants of the militia or special forces not yet controlled ... kind of hooligans, outlaws," Redwan said.

Most communications in Tigray are down, and access to the area is severely restricted, making it hard to verify either side's statements. It was not immediately possible to reach the TPLF for comment on the latest government statements.

The United Nations and aid agencies are pressing for safe access to Tigray, which is home to more than five million people and where 600,000 relied on food aid even before the conflict.