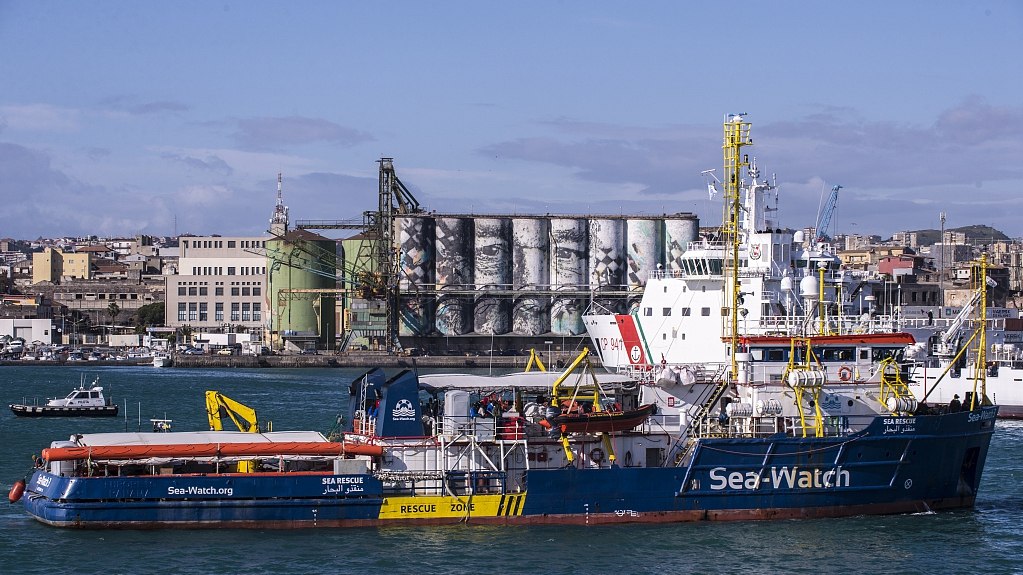 The Italian interior ministry vowed Sunday to press ahead with a new decree formalizing the closure of Italian ports to aid groups that rescue migrants, even after UN human rights investigators said it violated international law.

Ministry officials said the security decree was "necessary and urgent" and was expected to be approved at a cabinet meeting Monday.

In a May 15 letter to Italy's government released Saturday, the UN High Commissioner for Human Rights urged Italy to withdraw the decree, calling it "yet another political attempt to criminalize search and rescue operations."

The decree "further intensifies the climate of hostility and xenophobia against migrants," said the letter, which was signed by several UN human rights rapporteurs.

It was issued as a ship carrying more than 40 migrants from the German aid group Sea-Watch remained off the island of Lampedusa waiting for a port to disembark its passengers. Sea-Watch said it had flouted Italy's ban and entered Italian territorial waters on Saturday for humanitarian reasons.

Interior Minister Matteo Salvini, a hard-line populist, proposed the decree before the European Parliament elections this week, where nationalist and anti-migrant parties are hoping to make strong gains. Salvini's League has soared in popularity in part because of his hard-line migration policy, which has involved boosting the Libyan coast guard's ability to rescue migrants and bring them back.

Among other provisions, the decree leaves it to the interior minister to limit or prohibit entry into Italian territorial waters any ships for public security reasons. It foresees fines of up to 5,500 euros (6,145 U.S. dollars) for each migrant transported.

The UN letter said the measures would violate migrants' human rights enshrined in UN conventions that Italy has signed.  It said Italy is obliged to rescue migrants in distress and can't impede others from doing so. It also said that Libya can't be considered a safe port for migrants rescued at sea, particularly after the recent spike in fighting.

In a statement late Sunday, the Italian foreign ministry said the letter carried no juridical weight and suggested it was based on imprecise information. It noted that since January 1, 2018, Italy has received eight such letters, whereas the U.S. has received 30, Britain 16 and France 12.

A migrant walks down the ship Sea-Watch at a port in Catania, Italy, January 31, 2019. /VCG Photo

Interior ministry officials told journalists in a statement Sunday that Turkey and the Democratic People's Republic of Korea similarly punish border violations and that Italy has long had fines in its legal code, which have merely been updated.

"The hope is that the authoritative UN dedicates its energies to the humanitarian emergency in Venezuela rather than engage in electoral campaigning in Italy," they said.

Meanwhile, British and French authorities have stopped 61 migrants who tried to cross the English Channel in five small boats over the weekend.

The British Home Office said 52 migrants on four boats were intercepted Saturday and Sunday off the Kent Coast and handed to immigration officials. The migrants said they were from Iraq and Iran.

The French maritime authority for the Channel and North Sea said a patrol ship spotted a boat carrying nine migrants Sunday off the coast of Cape of Gris-Nez. The nine were suffering light hypothermia and were handed over to border police in Calais. Several of the migrants were children.

Illegal migrant crossings across the English Channel are on the rise in recent weeks despite joint British-French efforts to crack down on them.