WORLD UN to Bangladesh: Do more to end child marriage

UN to Bangladesh: Do more to end child marriage

Bangladesh must do more to tackle child marriage if it is to meet its own goal of eliminating the crime by 2041, according to a United Nations report released on Wednesday. 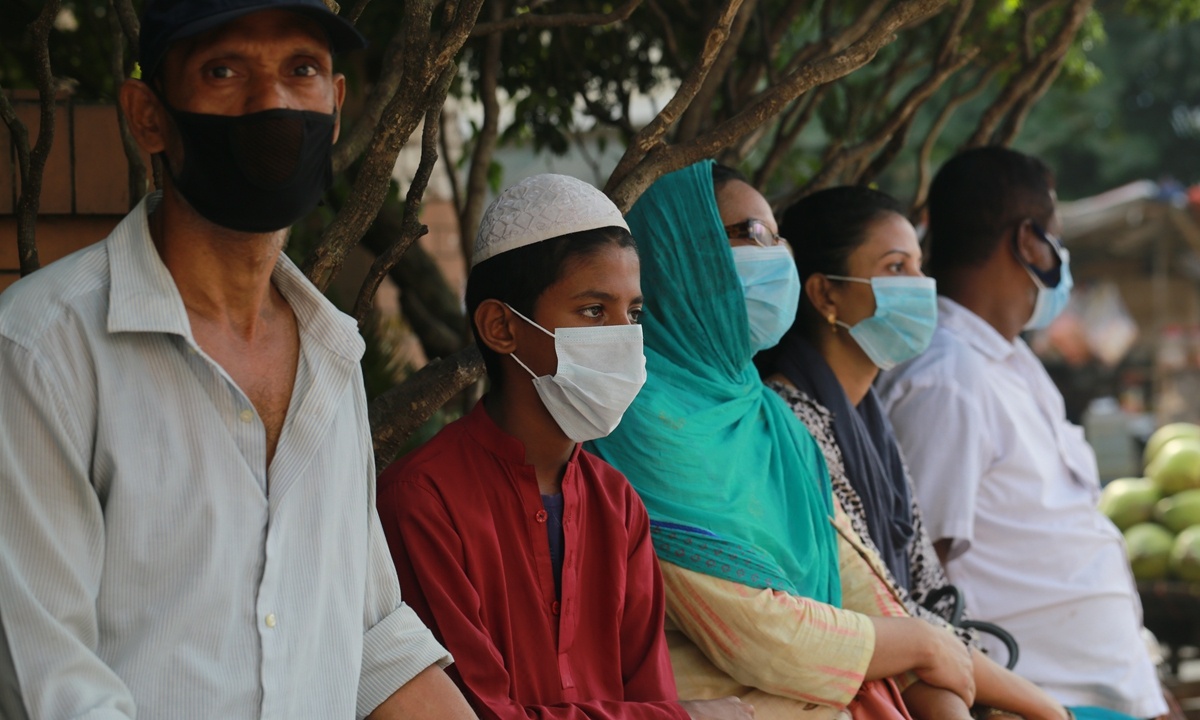 People wait for test for COVID-19 in Dhaka, Bangladesh on October 1. Photo: VCG

"This human rights violation... [is] robbing children of their childhoods," said Veera Mendonca, a spokeswoman for the UN's children agency.

"We must invest now to secure girls' rights to life and education, and reduce their exposure to violence and exploitation," she said.

Bangladesh has 38 million girls who wed before they were 18, according to the UN, equivalent to almost half the nation's female population.

While the rate of child marriage in Bangladesh has dropped to 51 percent from more than 90 percent in 1970, the country still has the highest rate of underage marriage in South Asia and ranks among the 10 worst offenders in the world.

The legal minimum age of marriage in Bangladesh is 18 for women and 21 for men.

More than 190 UN member states, including Bangladesh, committed to eliminating child marriage under adoption of the Sustainable Development Goals in 2015.

Schools in Bangladesh have been closed since March due to the COVID-19 pandemic. Campaigners say the prolonged closure and widespread economic hardship threaten to worsen the situation.

"As children and families cope with school closures, loss of income and increased pressure in the home, there are heightened risks of child marriage," said the report.

"Even during normal times married girls are over four times more likely to be out of school than unmarried girls," it added.

The Bangladesh government says the impact of its crackdown will not be felt for years.