Military representatives of Libya's internationally-recognized government and eastern-based military commander Khalifa Haftar will continue talks this month to try to reach a lasting ceasefire in a war for control of the capital Tripoli, the United Nations said on Saturday, after a first round in Geneva last week failed to yield an agreement. 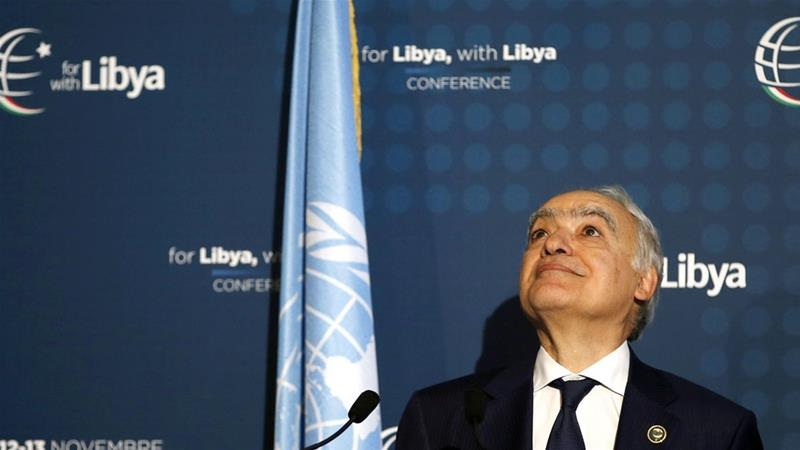 The UN hosted indirect talks between five officers from the Libyan National Army (LNA) led by Khalifa Haftar, which has been trying to take Tripoli since April, and the same number from forces of the internationally recognized government in Tripoli.

Fighting has calmed down since last month although skirmishes with artillery have continued in southern Tripoli, which the LNA has been unable to breach in its campaign.

Both sides had agreed to continue the dialogue with the UN proposing a follow-up meeting on February18 in Geneva, the UN mission to Libya (UNSMIL) said in a statement. It said the two sides wanted people displaced by the war to return but had been unable to agree on how to achieve this, without elaborating.

There was no immediate comment from either side in the conflict.

UNSMIL gave no update on efforts to end a blockade of major oil ports and oilfields by forces and tribesmen loyal to the LNA.

On Thursday, UN Libya envoy Ghassan Salame said he had talked to tribesmen behind the blockade and was awaiting their demands. He also said the blockade will be at the top of the agenda at a meeting in Cairo on Sunday between representatives from eastern, western and southern Libya seeking to overcome economic divisions in a country with two governments.

Diplomats said the Cairo meeting would be mainly attended by technical experts to prepare a wider dialogue to be followed in coming months.

In a sign that a reopening of ports might not be imminent, tribes and communities in oil-rich areas in eastern Libya held by the LNA said in a statement that they opposed resuming oil exports unless Tripoli is freed of militias, a demand of the LNA.

It is reported that at a summit in Berlin, last month, world powers reached common grounds on committing to ending foreign interference in the oil-rich country and to uphold a weapons embargo in order to cease the war. But the embargo was breached with weapons, ammunition and foreign fighters joining in to support both sides in the conflict, according to Salame.

UN Secretary-General Antonio Guterres expressed his regret that the conflict has been "aggravated" by foreign intervention.