WORLD UN voices alarm about spread of HIV in Egypt

UN voices alarm about spread of HIV in Egypt 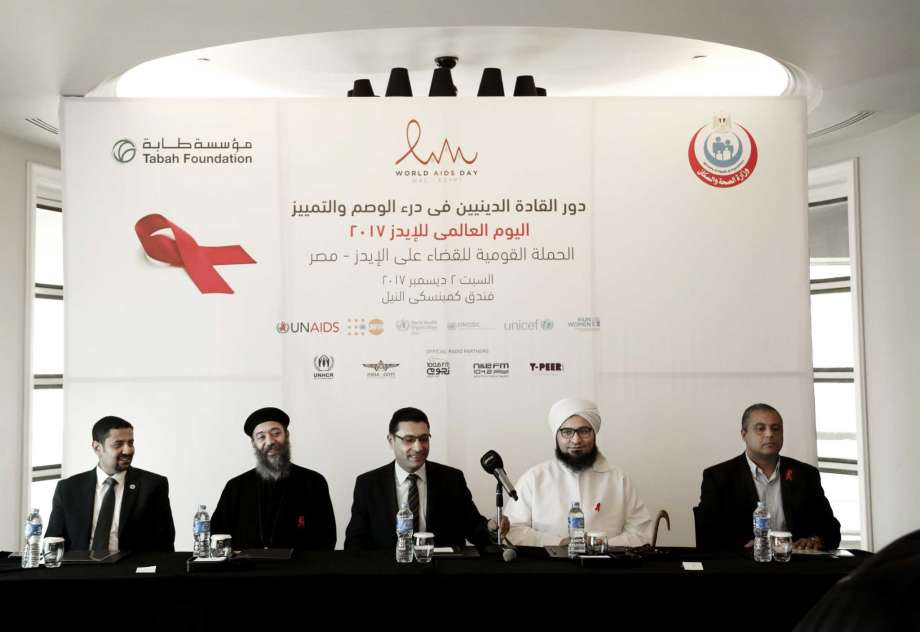 Egypt prepares for an even part of the World AIDS Day 2017 national advocacy campaign at a hotel, in Cairo, Egyp. Dec. 2. (Photo: AP)

The U.N. is voicing alarm over the spread of HIV in Egypt, where the number of new cases is growing by up to 40 percent a year, and where efforts to combat the epidemic are hampered by social stigma and a lack of funding to address the crisis.

The virus that causes AIDS, U.N. officials say, is infecting more young and adolescent people than any other age group.

Egypt, home to some 95 million people, ranks behind only Iran, Sudan and Somalia in the Middle East for the rate at which the epidemic is spreading, according to U.N. figures. In Egypt, patients are often jailed on trumped up charges and ostracized by society. The disease is associated with homosexuality, which is not explicitly illegal but is widely seen as a transgression against religion and nature in the conservative, Muslim-majority country.

"There is a 25-30 percent increase in incidents every year... It's is alarming to us because the growth of the epidemic and the discontinuation of interest from donors in funding," Ahmed Khamis, of the U.N. AIDS agency, told The Associated Press.

Estimates of the number of people living with HIV in Egypt vary. UNAIDS says there are over 11,000 cases, while the country's Health Ministry estimates the figure to be around 7,000.

The rise in the number of new infections, however, is not in dispute.

"Most recently, we've been seeing people of a much younger age group infected with the virus. There is a higher risk now for adolescents and youths than in the past," said Khamis.

"We don't have exact numbers, but this is what the evidence we are seeing on the ground is suggesting," he added, explaining that the lack of funds is hampering Egypt's capacity to produce precise figures.

Patients who require surgical intervention are often unable to access basic health care at hospitals because of the associated stigma, UNAIDS officials said.

The virus can be spread through sexual contact, as well as contaminated needles or syringes, or blood transfusions. It can also be passed from infected women to their babies at birth or through breast-feeding. But in Egypt, the virus is widely associated with homosexuality, which is seen by many Egyptians as a lifestyle choice.

In a recent conference on AIDS, Islamic scholar and cleric Ali al-Jifri spoke about the stigma and discrimination surrounding HIV and AIDS patients. "A person diagnosed with HIV is a human. We should never question their diagnosis," he told the conference.

A Christian priest, Bolous Soror, told the conference that Egyptians should accept others, regardless of their HIV status.

Shunned by society, it is not uncommon for patients to contemplate suicide.

Ahmed, 40, is one of them. He has been trying to gain asylum status in the U.S. because, he says, he has lost hope in a future in Egypt.

"I do not want to be living a life always feeling strapped down and imprisoned," he told his therapist during a session attended by an AP reporter. Fearing further stigma, he asked that he be identified only by his first name.

In an anonymous testimony given to UNAIDS and seen by the AP, one woman said she was infected by her late husband and later found it hard to live in a society that rejects people carrying the virus. She was beaten and denied by her family an inheritance she and her children were legally entitled to when her husband died. When she attempted to start a new life with her children in a different neighborhood, her in-laws made sure her new neighbors learned about her condition.