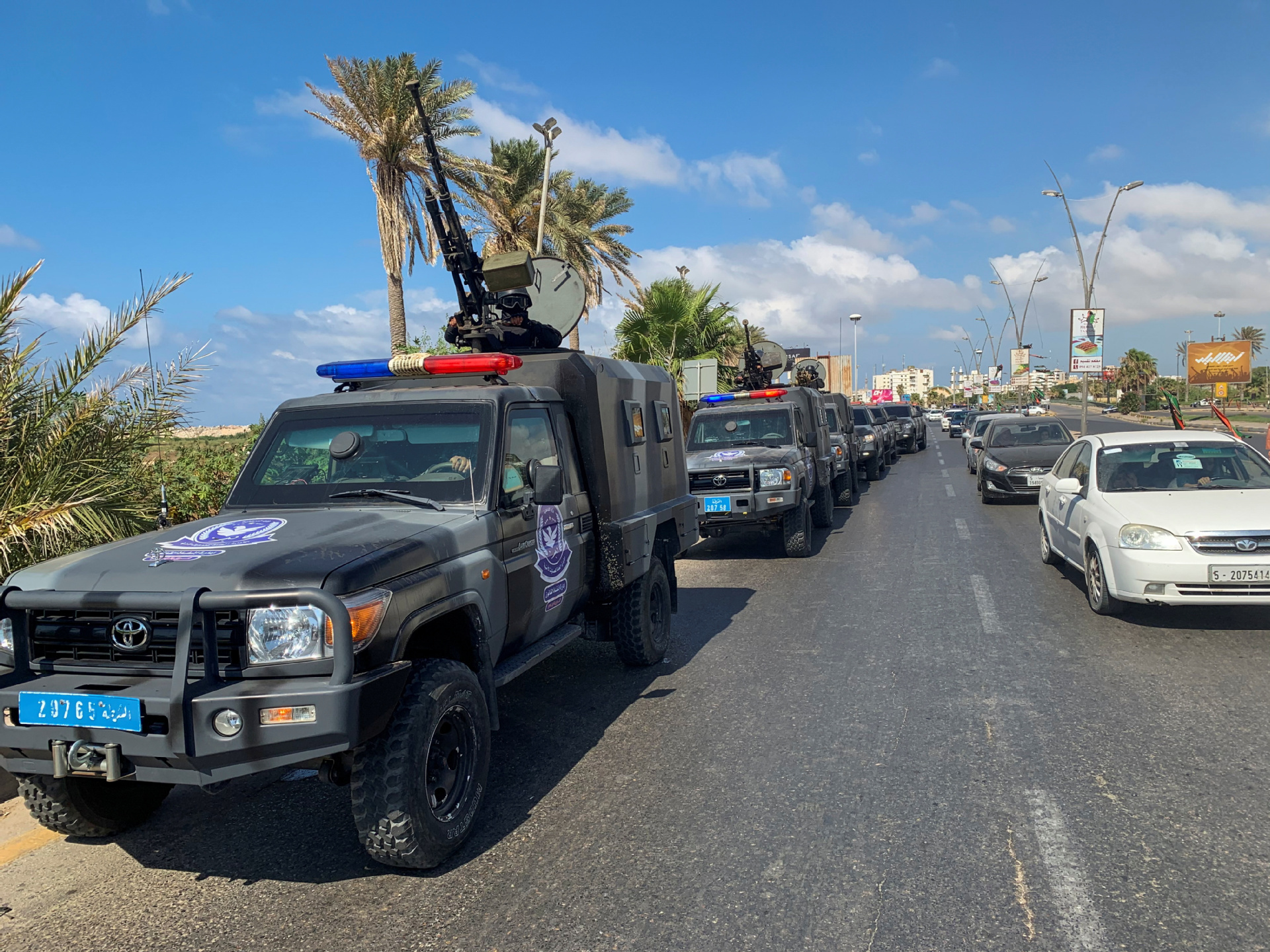 Security forces are seen in military vehicles during a security deployment in a street in Tripoli, Libya, July 20, 2020. (Photo: Agencies)

TRIPOLI - The United Nations Support Mission in Libya (UNSMIL) on Sunday expressed concern over the reported escalation of the situation in the city of al-Asaba, some 120 km west of Tripoli, including the killing of a civilian as well as arbitrary arrests and detentions.

"UNSMIL expresses its concerns at ongoing developments in the city of al-Asaba and neighboring localities, including reports of one civilian killed, a number of arbitrary arrests, detentions and the apparent forced lockdown of the city while the civilian population is already under strain," UNSMIL said in a statement.

"UNSMIL calls for an immediate de-escalation and for all involved to respect their obligations under international humanitarian law, including to allow full freedom of movement and immediate access to health facilities," the statement said.

UNSMIL urged that those arrested be handed over to relevant judicial institutions and those who are arbitrarily detained be immediately released.

Forces of the Tripoli-based UN-backed government on Sunday announced launching a security operation in al-Asaba and the nearby areas "to impose security and arrest a number of wanted persons in the area."