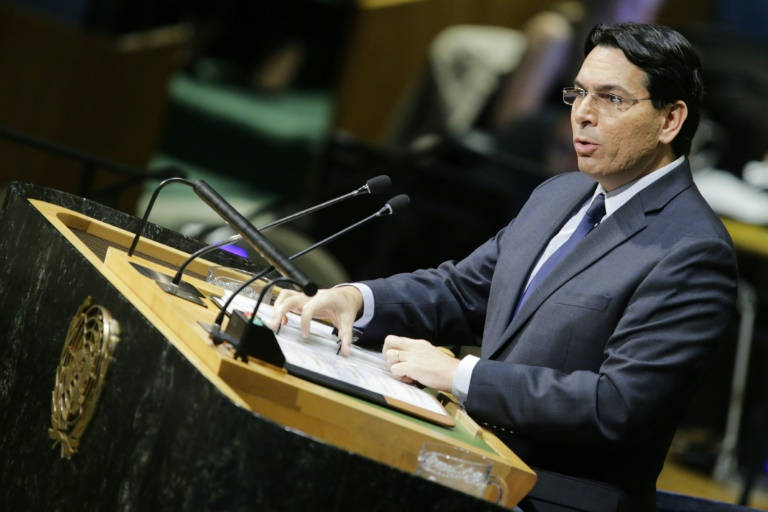 Israel's ambassador to the United Nations, Danny Danon, addresses the UN General Assembly prior to a vote on Jerusalem. Photo: AFP 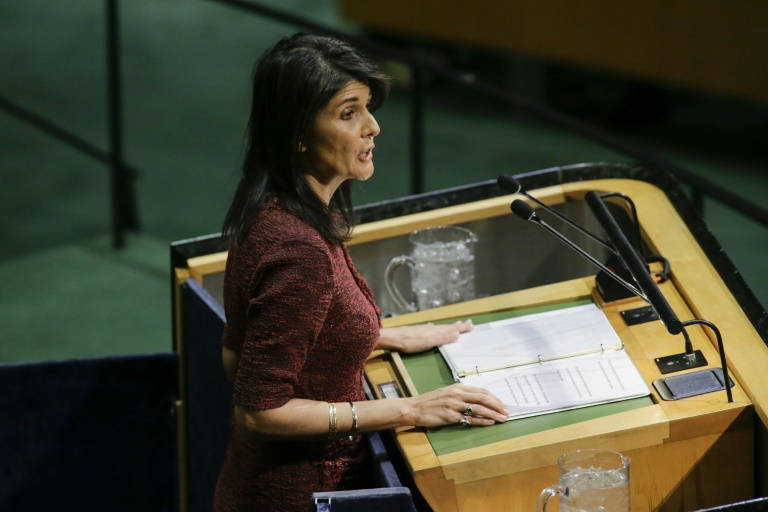 Nikki Haley, the US ambassador to the United Nations, addresses the General Assembly prior to the vote on Jerusalem. Photo: AFP

UN member-states were poised Thursday to vote on a motion rejecting US recognition of Jerusalem as Israel's capital, after President Donald Trump threatened to cut funding to countries that back the measure.

"The United States will remember this day," US Ambassador Nikki Haley warned the 193-member General Assembly ahead of the vote expected to reject the American move, which broke with international consensus and unleashed protests across the Muslim world.

"America will put our embassy in Jerusalem," Haley said. "No vote in the United Nations will make any difference on that.

"But this vote will make a difference on how Americans look at the UN and on how we look at countries who disrespect us in the UN," she said.

"When we make generous contributions to the UN we also have a legitimate expectation that our goodwill is recognized and respected."

Gathered in an emergency session, the General Assembly is to decide on a draft resolution reaffirming that the status of Jerusalem must be resolved through negotiations, and that any decision reached outside of that framework has no legal effect and must be rescinded.

A draft resolution was sent to the assembly after it was vetoed by the United States at the Security Council on Monday, although all other 14 council members voted in favor.

Danny Danon, Israel's envoy to the United Nations, vowed that his country would never be forced out of Jerusalem.

"No General Assembly resolution will ever drive us from Jerusalem," Danon said.

Palestinian foreign minister Riad al-Malki appealed for support and referenced the US warning that it was "taking names" among countries that oppose it at the UN.

"This organization is now undergoing an unprecedented test," al-Malki said.

Trump's decision on December 6 to recognize Jerusalem as Israel's capital has prompted a flurry of appeals to the United Nations.

The status of the Holy City is one of the thorniest issues in the Israeli-Palestinian conflict, with both sides claiming it as their capital.

Trump warned that Washington would closely watch how nations voted on Thursday, suggesting, like Haley, there could be financial reprisals for countries that back the motion put forward by Yemen and Turkey on behalf of Arab and Muslim countries.

"Well, we're watching those votes. Let them vote against us. We'll save a lot. We don't care."

The draft resolution mirrors the text that was vetoed at the Security Council on Monday, and although it does not mention Trump's decision, it expresses "deep regret at recent decisions" concerning the city's status.

Ahead of the vote, Israel's Prime Minister Benjamin Netanyahu blasted the UN as a "house of lies," saying Israel "rejects outright this vote, even before it passes."

Diplomats expect strong support for the resolution, which is non-binding, despite the US pressure to either abstain, vote against it or simply not turn up for the vote.

America's neighbors Canada and Mexico were both expected to abstain, according to diplomats.

"I am calling on the whole world: never sell your democratic will in return for petty dollars," he said in a televised speech in Ankara, predicting that "the world will teach a very good lesson to America today."

No country has veto powers in the General Assembly, unlike in the 15-member Security Council where the United States, along with Britain, China, France and Russia, can block any resolution.

Among the 14 countries voting in favor on Monday were Britain, France, Italy, Japan and Ukraine who were expected to do the same at the assembly.

While resolutions by the General Assembly are non-binding, a strong vote in support would carry political weight.

Israel seized the largely-Arab eastern sector of Jerusalem during the 1967 Six-Day War and later annexed it, claiming both sides of the city as its "eternal and undivided capital."

But the Palestinians want the eastern sector as the capital of their future state and fiercely oppose any Israeli attempt to extend sovereignty there.