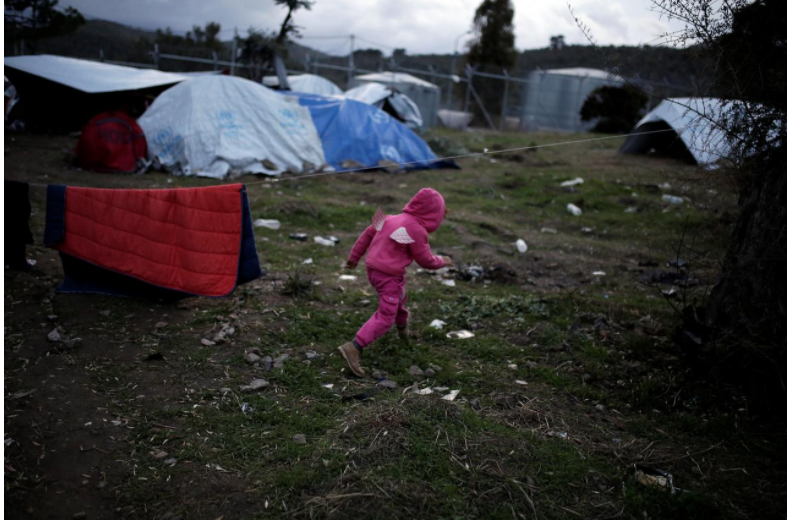 A refugee girl from Syria runs at a makeshift camp for refugees and migrants next to the Moria camp on the island of Lesbos, Greece, December 1, 2017. Photo: REUTERS/Alkis Konstantinidis

Syrian refugees could again seek to reach Europe in droves if aid programs are not sustained in five neighboring countries hosting the bulk of them, the United Nations said on Tuesday.

The UN High Commissioner for Refugees (UNHCR) was giving details of the $4.4 billion appeal to support 5.3 million Syrian refugees in surrounding countries as well as to host communities in Turkey, Lebanon, Iraq, Jordan and Egypt that have taken them in.

The agency, which has received only 53 percent of its $4.63 billion appeal for 2017, needs international support, Amin Awad, director of UNHCR’s Middle East and North Africa bureau, told a news briefing.

He listed ”many reasons“, including: ”The vast number of refugees that we have in the region, the geopolitical status of that region, the risk that a population of 5.3 million people can bring to an area, a small region already volatile as it is, if there is no assistance.

The lack of funding led to an acute shortage of services that year, when one million refugees fled to Europe, he added. About half were Syrians, UNHCR figures show.

An EU-Turkey deal has largely halted the flow, but a UNHCR funding shortfall has led to fresh cutbacks in vital programs providing food, health care, education and shelter to Syrian refugees, Awad said.

“These are the biggest donors, these are the real donors. They provided space, international protection,” Awad said.

“Now the material assistance is left to the donors and international community... And that’s not coming through. So we have to be prepared for consequences,” he said.

Awad, asked about countries in the region closing their borders to Syrian refugees, replied: “Borders are managed, in some instance are closed.”

Host countries have cited concerns over security, economic crises, and xenophobia, but Syrians continue to arrive, he said.

There have been cases of “refoulement”, returning refugees to places where they could face war or persecution, in violation of law, he said. “We are seeing expulsion, we are seeing people sent back.”