Avoiding global climate chaos will require a major transformation of society and the world economy that is "unprecedented in scale," the UN said Monday in a landmark report that warns time is running out to avert disaster.

Earth's surface has warmed one degree Celsius (1.8 degrees Fahrenheit) -- enough to lift oceans and unleash a crescendo of deadly storms, floods and droughts -- and is on track toward an unliveable 3C or 4C rise. 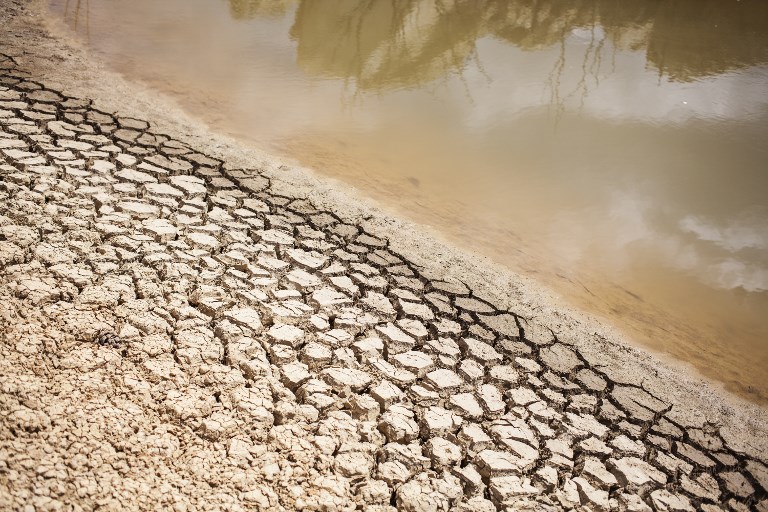 A dried out bank of a nearly water empty dam is pictured on a farm in Piket Bo-berg, Piketberg, north of Cape Town, on March 7, 2018 as a result of a three-year-long drought. (Photo: AFP)

At current levels of greenhouse gas emissions, we could pass the 1.5C marker as early as 2030, and no later than mid-century, the Intergovernmental Panel for Climate Change (IPCC) reported with "high confidence".

"The next few years are probably the most important in human history," Debra Roberts, head of the Environmental Planning and Climate Protection Department in Durban, South Africa, and an IPCC co-chair, told AFP.

A Summary for Policymakers of the 400-page tome underscores how quickly global warming has outstripped humanity's attempt to tame it, and outlines paradigm-shift options for avoiding the worst ravages of a climate-addled future.

Before the Paris Agreement was inked in 2015, nearly a decade of scientific research rested on the assumption that 2C was the guardrail for a climate-safe world.

The IPCC report, however, shows that global warming impacts have come sooner and hit harder than predicted.