UN watchdogs call for probe of Taser assaults in US jails 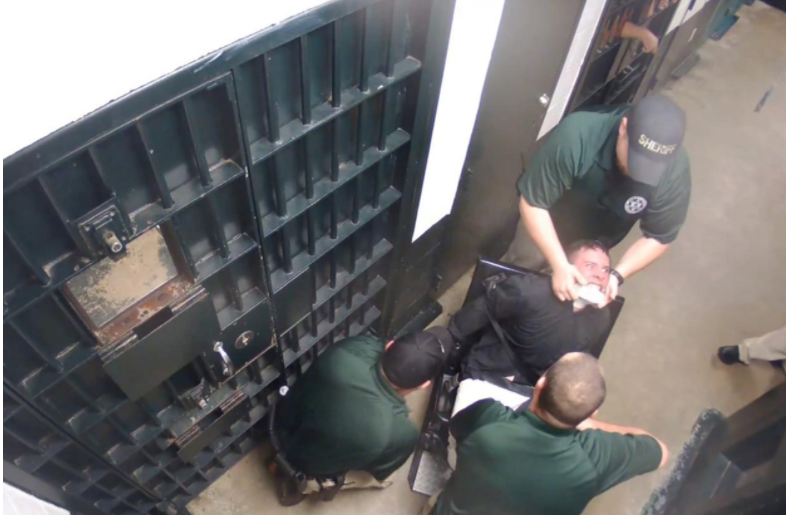 The U.N. special rapporteur on torture urged US authorities to investigate and weigh criminal charges against jail officials in Ohio, Tennessee, Oklahoma and Arkansas for the “clearly gratuitous infliction of severe pain and suffering” from the use of Tasers on inmates, citing a Reuters report this week.

After reviewing footage of jail incidents obtained by Reuters, Nils Melzer said the “grave abuse” from Taser use in some US jails violated the United Nations’ prohibition on cruel, inhuman or degrading punishment and, in some cases, amounted to torture. He cited video footage Reuters published of 22 incidents in four jails: in Franklin County, Ohio; Cheatham County, Tennessee; Franklin County, Arkansas; and McCurtain County, Oklahoma.

“In my view, all of the incidents shown in this video require independent investigation and most of them are likely to merit prosecution,” Melzer said in an interview. “Clearly gratuitous infliction of severe pain and suffering … constitutes a grave violation of human dignity and of the universal code of conduct for law enforcement officials.”

His criticisms were echoed by the head of the United Nations watchdog panel that monitors US compliance with an anti-torture treaty, who said the cases documented by Reuters “need to be investigated thoroughly.”

In an article and accompanying video report published Wednesday, Reuters identified 104 cases of prisoners who died after being shocked with Tasers. Some of the in-custody deaths were deemed “multi-factorial,” with no single cause, and some were attributed to pre-existing health problems. But the Taser was listed as a cause or contributing factor in more than a quarter of the 84 inmate fatalities in which the news agency obtained cause-of-death findings.

Of the 104 inmates who died, just two were armed when shocked and nearly 80 percent hadn’t been convicted of a crime. A third were in handcuffs or other restraints when stunned. In more than two-thirds of the 70 cases in which Reuters was able to gather full details, the inmate already was immobilized when shocked – pinned to the ground or held by officers.

“When you use a tool like this on an incapacitated person, to me it certainly amounts to cruel and degrading treatment,” Melzer said.

The weapon’s manufacturer, Axon Enterprise Inc, said stun guns can help jailers and inmates avoid injuries when used properly. Axon issues guidance on proper use and warns of the risks associated with its weapons, but the company said it is up to local jail administrators to set their own policies on how and when the weapons are deployed.

“We do not condone torture of any kind,” Axon spokesman Steve Tuttle said in response to Melzer’s call for an investigation. “Our technology is designed to protect life and reduce harm to all parties involved during high risk, violent, and response-to-resistance situations.”

Melzer agreed Tasers “can be a justifiable tool for prison guards as an alternative to a gun to incapacitate a person who poses a threat.”

Melzer cited two of the 22 cases identified by Reuters to explain his belief that an investigation is warranted. One was the 2009 stunning of Martini Smith at the jail in Franklin County, Ohio. Previously unpublished video footage showed the Taser’s electrified darts striking the woman’s chest.

Smith, who was pregnant and lost her baby after being stunned, was one of nine inmates who filed a lawsuit against the county. Guards used Tasers at least 180 times from January 2008 to May 2010, often on prisoners posing “no threat,” the lawsuit contended.

In its own reviews, the sheriff’s office found no wrongdoing by guards and said the Taser use “did not constitute excessive force.”

“That looks like a case of torture,” Melzer said. “She was threatened she would be Tased if she didn’t comply with an order. It’s not that she physically resisted or would have been dangerous to the officer.”

The Smith footage was among dozens of videos Reuters examined of Taser incidents at the Ohio jail. Nineteen were featured in the Reuters video story. Melzer said they revealed “grave abuse.” No deputies at Franklin County have been charged.

The Franklin County Prosecutor’s office said the US Department of Justice did not recommend criminal charges against jail officials when the DOJ intervened on behalf of inmates in the civil lawsuit stemming from the Taser incidents.

The Justice Department “at no time treated these incidents as criminal conduct,” the office said in a statement, noting that plaintiffs’ lawyers and expert witnesses in the case also did not recommend criminal charges.

Asked for comment, the DOJ said it was unable to immediately respond.