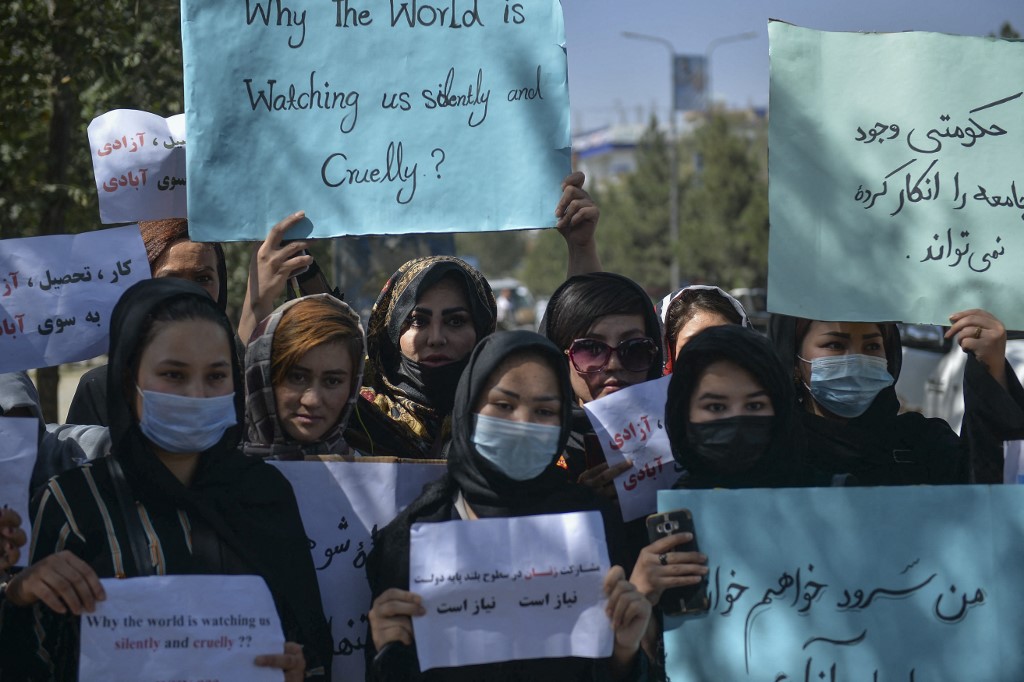 Afghan women hold banners and placards as they take part in an anti-Pakistan protest in Kabul on September 8, 2021. (Photo: AFP)

UNITED NATIONS, Sept. 9 (Xinhua) -- A United Nations (UN) high-ranking official on Thursday called on the Taliban authorities in Afghanistan to respect the rights of women.

"Women have a right to peaceful protest and to a life free of violence. In taking control of Afghanistan, the Taliban authorities assume a duty to respect and protect these rights," Pramila Patten, officer-in-charge of UN Women, said in a statement.

"I am shocked and outraged by the images of women in Afghanistan being whipped, hit with shock batons and beaten simply for exercising their right to peaceful protest. I stand in solidarity with all Afghan women who are fighting for the respect of their fundamental rights and freedoms," said Patten.

"I call again upon the Taliban to adhere to their duty to ensure the full rights of all women and girls in Afghanistan, to ensure the immediate cessation of this wholly unacceptable normalization of violence against them and to monitor and investigate these violations so that perpetrators are held accountable whenever and wherever such violence occurs," she said.

There can be little credibility for promises made by the Taliban authorities to respect the rights of women and girls while such flagrant violations take place with impunity. There must be urgent action to ensure that women can fully, equally and safely exercise their right to participation in the public and political life of Afghanistan, she added.